Russian soldier defects, tells CBS News he and his comrades were “lied to,” and soon realized Ukraine “war was wrong” – CBS News

Russian soldier defects, tells CBS News he and his comrades were “lied to,” and soon realized Ukraine “war was wrong” – CBS News 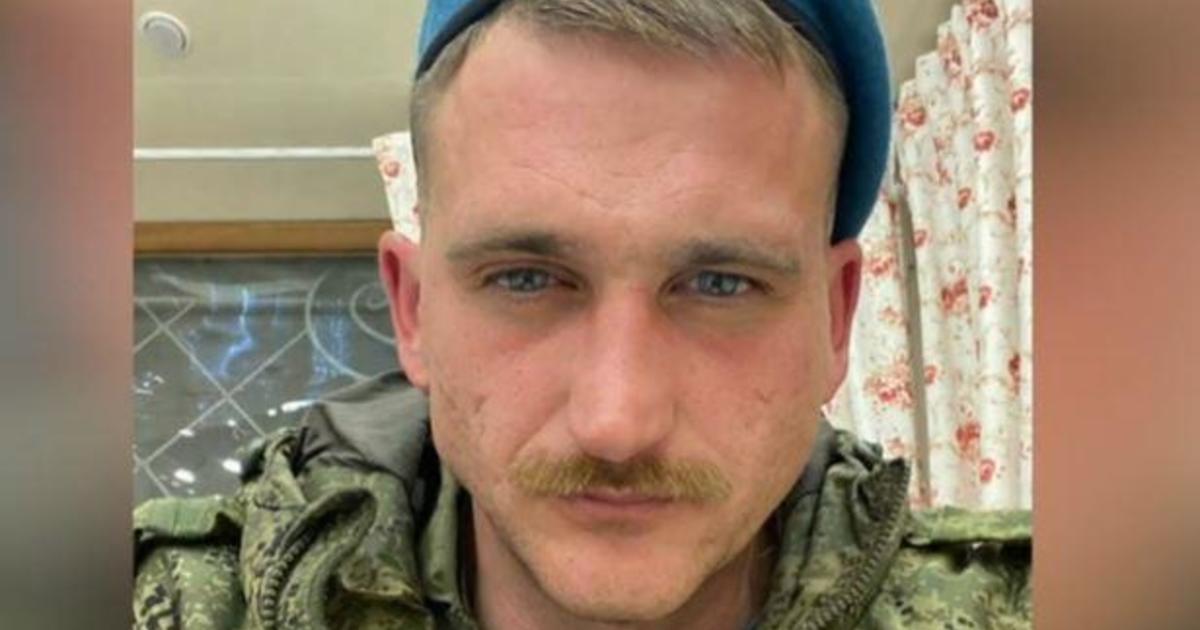 Kyiv — Six months into his war on Ukraine, Russian President Vladimir Putin is calling for his nation to build a bigger army. He has ordered an increase of 137,000 troops, starting in January.

But if CBS News correspondent Debora Patta’s rare, candid conversation with a Russian paratrooper is anything to go by, Putin’s plans may come up against a growing sense of resentment among the young men sent across Russia’s border to wage the leader’s war in Ukraine.

Paratrooper Pavel Filatyev told Patta that he was so disgusted with the war that he defected and decided to tell his story — despite it putting him at great personal risk. His account is all the more remarkable as he’s the first Russian soldier to break ranks and publish an inside account of what it’s like to fight in Putin’s war.

As missiles rained down on Ukraine in the early hours of February 24, it became impossible to ignore that Vladimir Putin had planned something truly awful. Astoundingly, many Russian soldiers on the front lines had no idea they had just invaded Ukraine. They hadn’t even been told what to do.

"We just started moving forward," Filatyev told CBS News. "When the shelling began, we thought it was NATO approaching us, not Ukraine."

He told Patta that he served in Russia’s 56th air assault regiment, which was sent across the border to capture the southern region of Kherson early in the conflict.

"It was only 10 days later when I realized, there is no NATO here, it’s only Ukrainians," he said.

Patta asked the Russian soldier if he felt deceived.

"I know that we have been tricked for many years, and everything shown on [Russian] state TV has nothing to do with reality," he said. "Every person in Russia knows this. We have been lied to for many years and, unfortunately, now the same thing is happening in the war."

Filatyev provided documents that appear to verify his credentials and support his claim to have served in the regiment, but CBS News could not independently verify his account.

He said he was eventually evacuated because of an injury, but until then, he felt trapped.

"The Russian paratroop brigade has a similar attitude to the Navy Seals of the U.S. — it is cowardly and shameful to lay down your weapons and abandon your post," he told Patta. "Even though we started to realize this war was wrong, we didn’t know what to do."

With outdated weapons and no food, water or blankets in the freezing early days of the spring, Filatyev said he and his fellow soldiers were forced to steal supplies, but he said many went too far.

"There was a lot of looting of laptops and cell phones. I understand why — not only are they paid very little, but when they think they might die tomorrow, human greed takes over," he said.

Filatyev said he and the other Russian soldiers’ phones were confiscated by commanders during combat, which is why he has no video or photos of the fighting.

As for the war crimes Russia stands accused of committing in places like Bucha and Irpin, Filatyev said he only learned of the allegations when he left the fighting and finally got access to the internet. He insisted that he did not witness any atrocities himself.

"At first I didn’t want to believe that it was true," he said. "It is horrible for me to realize that in my army, in our country, there are people who did this."

As the terrible, ugly truth began to sink in, Filatyev said many of his comrades went to extreme lengths to avoid fighting against Ukraine.

"They would deliberately shoot themselves in the legs and pretend it was an accident, so that they would be sent home and given a huge compensation," he told Patta.

Asked what made him decide to take the risk of coming forward to tell his story, Filatyev said it was "because if nothing is done, there will be nuclear war, or our government will turn Russia into North Korea."

Filatyev fled Russia after coming forward to tell his story, which he first published in a 141-page memoir detailing his role in the invasion of Kherson. But while he managed to escape, he’s not revealing his location. He now essentially lives in hiding, fearful for his own safety.