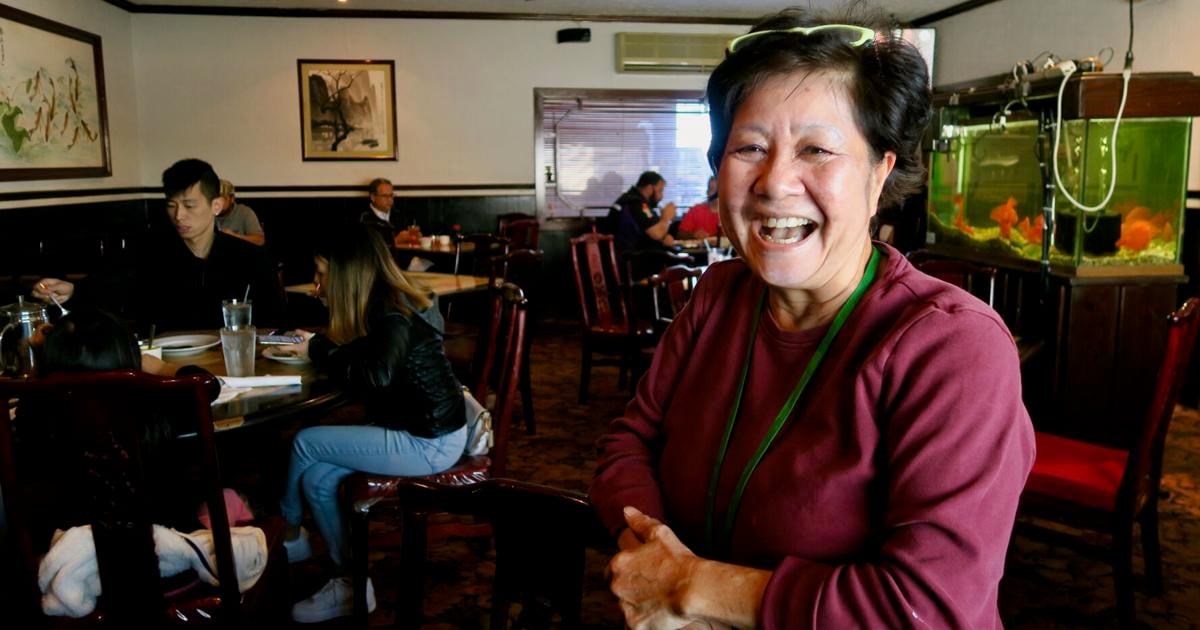 The former home of Jung’s Golden Dragon II, closed since May, will soon be serving Chinese cuisine again as new owners with a long family history in local food take over.

Shirley and Tang Lee ran Royal China restaurant in Metairie for more than four decades before selling the business late last year. At the time they said they would retire. Retirement did not take however.

Now they are developing their next restaurant in the former Jung’s Golden Dragon II, at 3009 Magazine St.

Jung’s Golden Dragon II has been serving traditional Chinese food on Magazine Street since 2010 and got its start decades earlier in Metairie. (Staff photo by Ian McNulty, NOLA.com | The Times-Picayune)

It will be called Miss Shirley’s Restaurant. That was the name some of their old regulars used for Royal China through the years anyway.

Shirley Lee said she expects to open this fall after an overhaul to the Magazine Street restaurant space.

The family is still working on menu particulars, but Lee said it will be more focused and smaller than the encyclopedic version they served in Metairie. She said it will include dim sum, which was one of the hallmarks of their former restaurant.

“I want it to be a restaurant for the neighborhood,” Lee said. “It will be traditional dishes, a different menu.”

Royal China in Metairie remains open at 600 Veterans Blvd. under new ownership. It’s now run by Ruby DeRouen, a native of China who has lived in New Orleans for two decades.

Back when the Lees sold the business, they said fond farewells and got ready to embark on world travel, partially to see family overseas and also to spread their wings after so much time spent working in their restaurant. At ages 71 and 63, respectively, the husband and wife were looking forward to slowing down.

But it turns out they were not ready to give up their old life.

“Honestly, I missed my customers so much, I missed that loyalty,” said Lee. “When I went to Singapore, I cried every night. I felt like it took my life away. That is my life.”

The months the couple spent traveling did help recharge their batteries and brought them new inspiration in the kitchen.

“We had so much different food, it really opened our eyes,” Lee said.

Food and restaurant news in your inbox

Every Thursday we give you the scoop on NOLA dining. Sign up today.

Both Shirley and Tang are natives of Hong Kong. They met in New York, where both arrived as immigrants. Tang was a waiter at a dim sum restaurant there when he met Shirley. Soon, they were recruited through family connections to move to New Orleans and work at the old Gretna restaurant Red Palace.

This was where Tang began to learn to cook, and it’s where Shirley got the idea to branch off on their own. Within a year, they borrowed money from her parents and opened Royal China. It debuted in 1977, and Shirley was just 19.

Housed in a former takeout fried chicken joint, it gives a humble appearance. But for years the Lees made it a destination for both quick lunches and elaborate banquets and celebrations. Along the way they built a wide and devoted following.

Jung’s Golden Dragon had a history in step with Royal China. Founder and namesake Jung Tan immigrated from China and opened the restaurant with her parents in 1977, the same year as Royal China. For many years it was in Metairie, near the Clearview Mall, serving a menu of familiar American Chinese restaurant dishes (lemon chicken, egg rolls, broccoli with beef) and more traditional Chinese fare.

Eventually, Tan began increasing the number of traditional dishes, many based on the recipes her mother brought from China. By the time she moved to Magazine Street in 2010, she had significantly expanded the menu with a wide range of mostly Szechuan style dishes, for a restaurant she dubbed Jung’s Golden Dragon II, like a movie sequel.

It closed in May.

Work is underway on the renovation for Miss Shirley’s Restaurant, and already the activity has drawn appreciative gestures from the Lee family’s fans. Some have dropped off flowers.

For close to four decades, a meal at Andrea’s Restaurant in Metairie has promised Italian dishes like osso buco, risotto and crabmeat ravioli.…

I started with a sandwich, because said sandwich was a lobster roll, and in the New Orleans summer, that alone can qualify as a meal-sized escape.

Shrimp toast is fun, and it turns out these triangles of crispy bread and soft, sesame-crusted shrimp spread are even better under a gravy-lik…