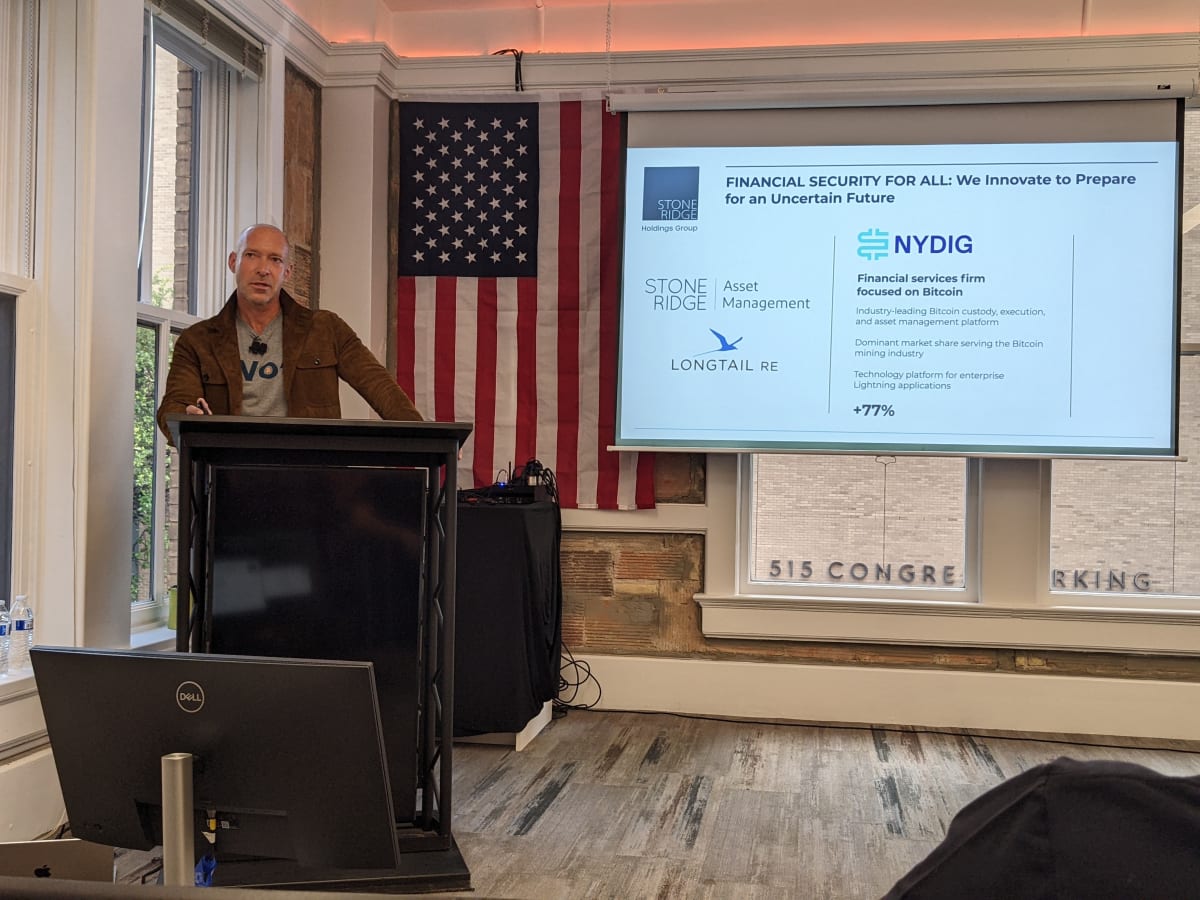 The Lightning accelerator, Wolf, will be based in Manhattan, New York and is exclusively non-remote. It will include mentorship, funding and work space.

On August 26, 2022, Ross Stevens, CEO of Stone Ridge Holdings Group and executive director of the New York Digital Investments Group (NYDIG) subsidiary, made an impromptu appearance at BitBlockBoom in Austin, Texas, for a special announcement.

Stevens has long been a proponent of Bitcoin through his Stone Ridge shareholder letter, his co-written article, “On Impossible Things Before Breakfast,” participation in the MicroStrategy corporate strategy program and interview with famous bitcoin proponent, Michael Saylor.

“I want to live in a world of rules, not governed by rulers.” — Ross Stevens

NYDIG has made numerous investments and loans in the Bitcoin industry and notably had 26,200 miners returned to them to pay off some debts. The company also recently made headlines when partnering with the New York Yankees to allow their employees to convert their salaries into bitcoin.

Unsurprisingly, Stevens shared what many Bitcoiners believe, “The technology underlying shitcoins is brittle,” and assured the audience that his companies “will always stay bitcoin.” From his paper with Allen Farrington, he shared his underlying mission. “The concept of decentralized finance is powerful, noble and worthy of a lifetime of focused effort.”

Speaking from the Bitcoin Commons, Stevens shared that NYDIG will launch a Lightning accelerator project. “The reality is that this year, the progress in Bitcoin and Lightning is staggering. Month after month after month, the nodes on Lightning are growing.”

The accelerator is geared toward individual founders and small teams, developers working on Lightning, Taro and covenants, and pre-seed, seed, series A companies. Transportation and lodging will be provided for participants from anywhere in the world.

The program will be run in eight-week cohorts. There will be 8-12 teams per cohort. World-class mentors with office hours. The cohorts will be exclusively non-remote. There will be significant seed capital for each team with already-recruited investors and full-time, in-house expertise.

This news isn’t necessarily surprising, but the timing during the bear market created an extraordinary buzz and excitement not felt since the 2021 bull run. It will be interesting to see how this news will impact the bitcoin price and widespread adoption during a time when positive news reports seem few and far between.

People who are interested can apply at [email protected].