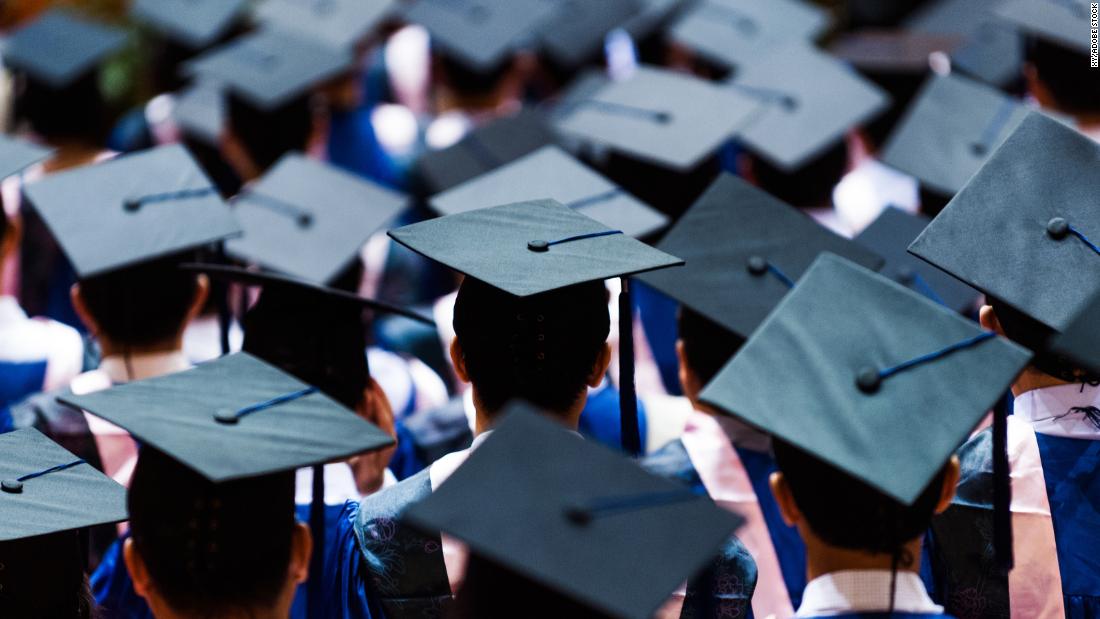 About 75% of the benefit will go to households making $88,000 or less per year, according to the Penn Wharton Budget Model analysis released Friday.

The three-part relief package could cost up to $605 billion over 10 years, though the price tag could exceed $1 trillion depending on how the proposed income-driven repayment program is actually set up and how many people participate, Penn Wharton found. That’s substantially higher than its initial estimate of a less comprehensive debt relief plan.

The revised report takes into account the plan’s provision that would forgive up to $20,000 of debt held by those who qualified for Pell grants as undergraduates, as well as the measure to forgive up to $10,000 for those who did not receive such grants.

The original Penn Wharton report, which was published before Biden’s package was released and only considered $10,000 in loan forgiveness for borrowers, found that 70% of the benefits would go to households in the top 60% of earners.

Republicans had jumped on Penn Wharton’s analysis as proof that Biden’s plan would help many top earners.

However, the addition of the Pell grant provision shifted the direction of the assistance.

Pell grants, which provide up to $6,895 in aid for the 2022-23 academic year for those who qualify, are a key way that the federal government helps students from lower-income families go to college. Typically, the grants do not have to be repaid. However, they only cover about one-third of the cost of college so many students also have to take out loans to earn their degrees.

The Biden package also proposes to make substantial changes to student loan income-driven repayment programs, including capping monthly payments at 5% of discretionary income for undergraduate loan borrowers, down from the current 10%.

That proposal would likely target lower-income households even more than the loan forgiveness program would, Penn Wharton found. It has yet to estimate the gains to specific income groups, however.

The three-part package is more costly than just forgiving $10,000 in student loan debt, which Penn Wharton estimated could cost $330 billion over 10 years.

The more comprehensive forgiveness program could cost between $469 billion and $519 billion over a decade, depending on whether existing and new students are included.

Biden also extended the pause on student loan repayments to December 31. Loan forbearance for 2022 could add $16 billion to the cost, according to Penn Wharton’s analysis.

And the income-driven repayment proposal could cost an $70 billion, assuming the same participation rate of current programs. But the proposal could add another $450 billion or more depending on how it is structured and how many borrowers participate.

That could lift the total price tag to more than $1 trillion.

And the White House also pushed back on Penn Wharton’s estimate on Friday, calling it “somewhat speculative” and “clearly at the top end of the range.”

“I want to make totally clear that we don’t think that a trillion dollars is anywhere in the ballpark of what this is going to cost,” Deputy Director of the National Economic Council Bharat Ramamurti told CNN’s MJ Lee at a press briefing.

The Penn Wharton assessment didn’t take into account reforms to the income-based repayment program and was based on 100% of borrowers taking advantage of it, he said. A similar loan forgiveness program saw 75% of eligible applicants apply, according to the White House. Also, it didn’t account for borrowers already in default on their loans, among other factors, he said.

One budget watchdog has decried the cost of the plan, noting that it would wipe out the deficit reduction included in the recently enacted budget reconciliation package, which Biden and congressional Democrats ballyhooed.

“The one truly meaningful action the White House has taken to reduce deficits, the Inflation Reduction Act, would see its reduction wiped out twice over by the student debt policies that were just announced,” said Maya MacGuineas, president of the Committee for a Responsible Federal Budget, which estimated the student debt measures could cost as much as $600 billion over a decade and could be one of the most expensive executive actions in history.