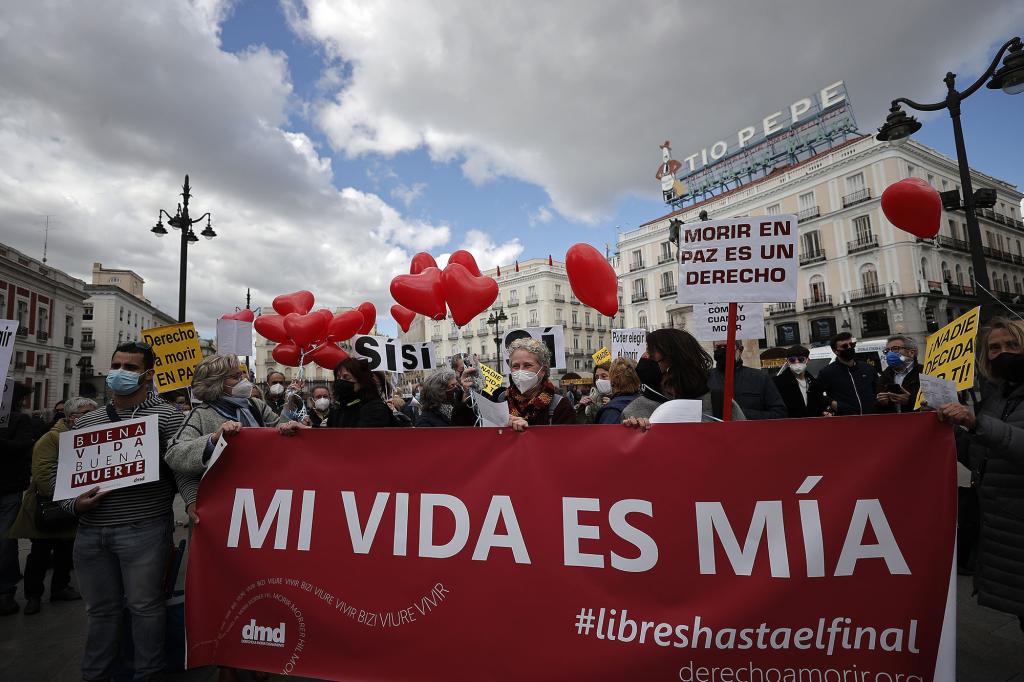 
A judge in Spain has allowed a man to be euthanized before facing trial for attempted murder after allegedly opening fire on former coworkers after being fired from his job.

Marin Eugen Sabau, 46, was killed by authorities on Tuesday as part of Spain’s controversial euthanization law before he was set to stand trial on multiple accounts of attempted murder for allegedly shooting and wounding three workers and a police officer at his former job, El Pais reported.

Police say that Sabau stormed the office of a security company that fired him in December, wearing a hat and wig as a disguise before opening fire on workers who were pleading for their lives. After fleeing the location, Sabau allegedly shot a police officer at a checkpoint before barricading himself in a farmhouse where he was eventually shot and apprehended by police officers.

Sabau, who was born in Romania, claimed he was the victim of racism at work and that his bosses made his life a “living hell.”

“Lessons learned in blood are not easily forgotten,” Sabau wrote in an email to his former superiors before the attack, adding that he was taking the “law into my own hands.”

The gunshots fired by police officers caused irreversible spinal damage, Sabau’s euthanasia petition claimed, and caused a leg amputation and partial paralysis, which he said justified his need to be euthanized.

“I am paraplegic. I have 45 points in hand. I can’t move my left arm well. I have screws and I can’t feel my chest”, Sabau said in a statement from the prison hospital.

The Spanish prosecutors’ office had asked that the euthanization process be delayed until the justice system process played out but Judge Sonia Zapater Torres rejected that request and ruled that the “fundamental right” of Sabau to choose life or death took precedence, El Pais reported.

“He has the right to a dignified death, of course, but what about the compensation of the victims?” Mireia Ruiz, a lawyer for one of Sabau’s victims, told El Pais.

Spain is one of four countries in Europe, along with Belgium, Luxembourg and the Netherlands, that allows for adults experiencing “unbearable suffering” to end their lives through physician-assisted suicide.

The law, passed in March 2021, does not make exceptions for individuals who are involved in legal proceedings.

If you are struggling with suicidal thoughts or are experiencing a mental health crisis and live in New York City, you can call 1-888-NYC-WELL for free and confidential crisis counseling. If you live outside the five boroughs, you can dial the 24/7 National Suicide Prevention hotline at 1-800-273-8255 or go to SuicidePreventionLifeline.org.