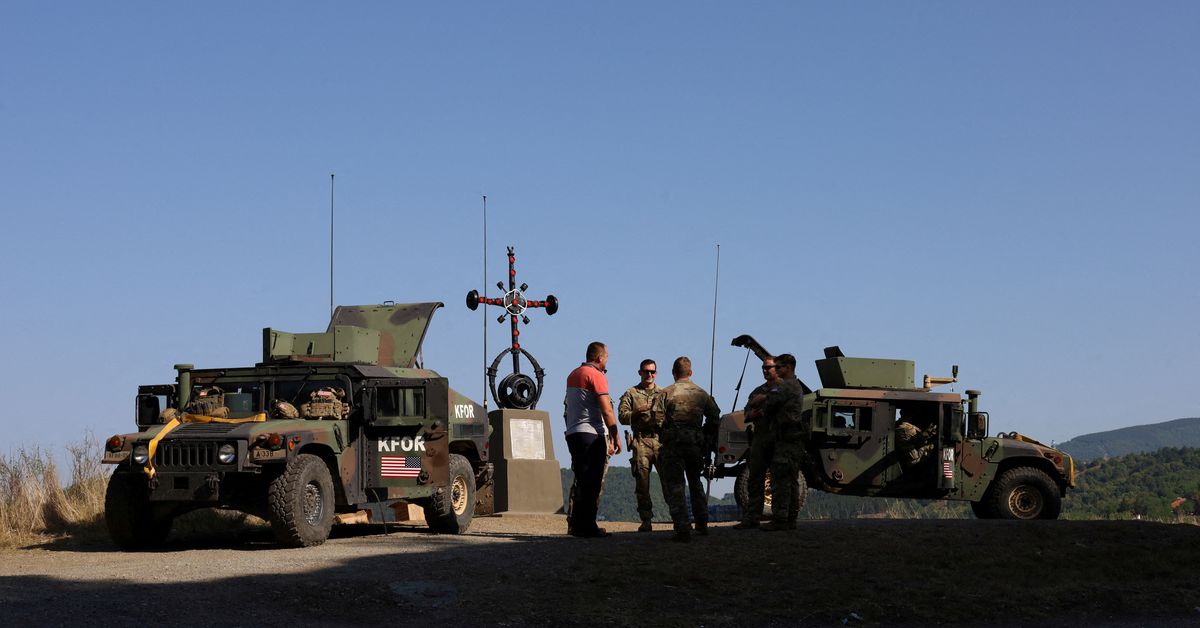 BELGRADE, Aug 26 (Reuters) – Mediated talks over the status of ethnic Serbs in Kosovo have failed to ease tensions – fuelled by a dispute over car number plates – between Belgrade and authorities in Pristina, Serbia’s president said on Friday.

Aleksandar Vucic said hours of talks with European Union and U.S. envoys had failed to resolve major issues that he did not specify, and that he hoped further talks would lead to “some compromise”.

After a bloody war in the late 1990s, predominantly ethnic Albanian Kosovo declared independence from Serbia in 2008, something Belgrade – with the backing of China, Russia and five EU member states – refuses to recognise.

Belgrade and Kosovo’s Serb minority concentrated in the country’s north claim entitlement under a 2013 agreement to an association of semi-autonomous majority-Serb municipalities, which Pristina refuses to implement.

Renewed tensions have been triggered by a directive from Kosovan authorities for local Serbs to switch their car number plates and registrations from Serbian to Kosovan ones from Sept 1.

Some Serbs responded by setting up roadblocks and, before NATO peacekeepers oversaw their removal, clashed sporadically with police and local ethnic Albanians. read more

Vucic said that, while “a lot of guarantees and a lot of work,” were still needed, negotiations were on “the right track.”

“I believe that in the coming days we will be able to reach some compromise solution for at least a bit, as it is clear that there cannot be no such solution at all about (registration) plates and some other bigger issues,” he said on Instagram.

In an interview with German daily Die Welt, Kosovo’s Prime Minister Albin Kurti said: “If Serbia agrees to do without border controls in the future, then we will do the same. Then there would be no new rules on Sept. 1.”

U.S. envoy Gabriel Escobar told a news conference he hoped tensions in Kosovo’s north would not escalate. Both Belgrade and Pristina had committed to refraining from violence, he added.

“All previously agreed elements of the dialogue … must be implemented, including the association of Serb municipalities,” he added.

Serbia is a candidate to join the EU, but must improve relations with Kosovo before its application is considered.