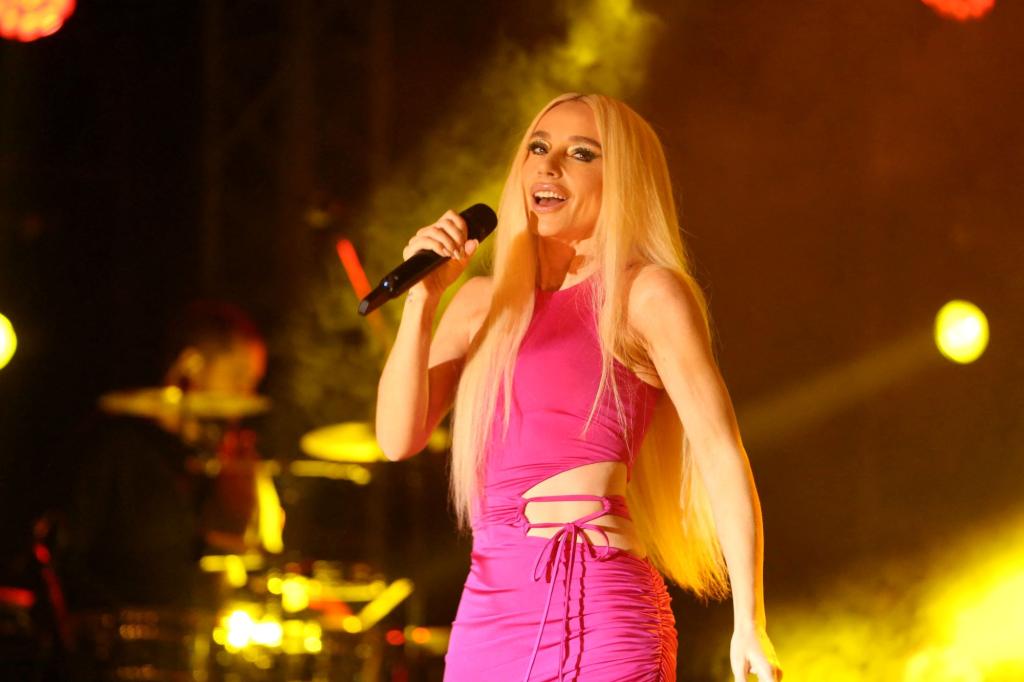 
The arrest of a Turkish pop star over a quip she made about religious schools has drawn a fierce response from critics of the government, who see it as bent on punishing those who oppose its conservative views.

Pop singer Gulsen was jailed on Thursday pending trial on a charge of incitement to hatred after a video of a remark which she made on stage in April was broadcast by a pro-government media outlet.

“He studied at an Imam Hatip (school) previously. That’s where his perversion comes from,” Gulsen says in a light-hearted manner in the video, referring to a musician in her band.

President Tayyip Erdogan, whose Islamist-rooted AK Party first came to power some 20 years ago, himself studied at one of the country’s first Imam Hatip schools, which were founded by the state to educate young men to be imams and preachers.

Sabah, a pro-government newspaper, published the video on Wednesday, saying Gulsen had previously drawn criticism for “actions she displayed on stage, extremely low cut dresses and holding up an LGBT flag.”

Several ministers reacted to Gulsen’s words on Twitter, with Justice Minister Bekir Bozdag condemning what he called “primitive” remarks and an “antiquated mentality.”

“Inciting one part of society towards another using begrudging, hateful and discriminating language under the guise of being an artist is the biggest disrespect to art,” he wrote.

On Thursday, Gulsen apologized to anyone offended by her remarks, saying they were seized upon by some who want to polarize society.

Gulsen’s lawyer, Emek Emre, told Reuters her legal team had filed a challenge to the formal arrest decision on Friday, saying the process of her detention had been illegal and irregular from the start.

“We expect everything to be done as required by law. My hope and expectation is that this (arrest) decision will be overturned,” he said.

Thousands on social media spoke out in support of Gulsen, saying she was being targeted for her liberal views and support for LGBT+ rights.

“I think she is under arrest because she is a figure representing secular Turkey and an artist sensitive to giving support to the LGBTI movement,” said Veysel Ok, a lawyer and co-director of the Media and Law Studies Association.

“I think they were looking for an excuse to arrest her and found it with the quip four months ago,” he told Reuters in an interview in his Istanbul office.

“Are we going to jail pending trial anyone who speaks nonsense? Let society dole out her punishment,” said Mehmet Barlas in his column in Sabah.

Erdogan and the AK Party say Turkish courts are independent.

The lawyer Ok said the case showed that on the contrary, the country’s judiciary is not independent, referring to the imprisonment of philanthropist Osman Kavala, pro-Kurdish leader Selahattin Demirtas, and many other politicians and journalists over recent years.

“The Gulsen case has shown again that the Turkish judiciary is the biggest weapon of the government,” he said. “It makes you feel that if you live in a way other than that of those in power your life and freedom is in danger.”