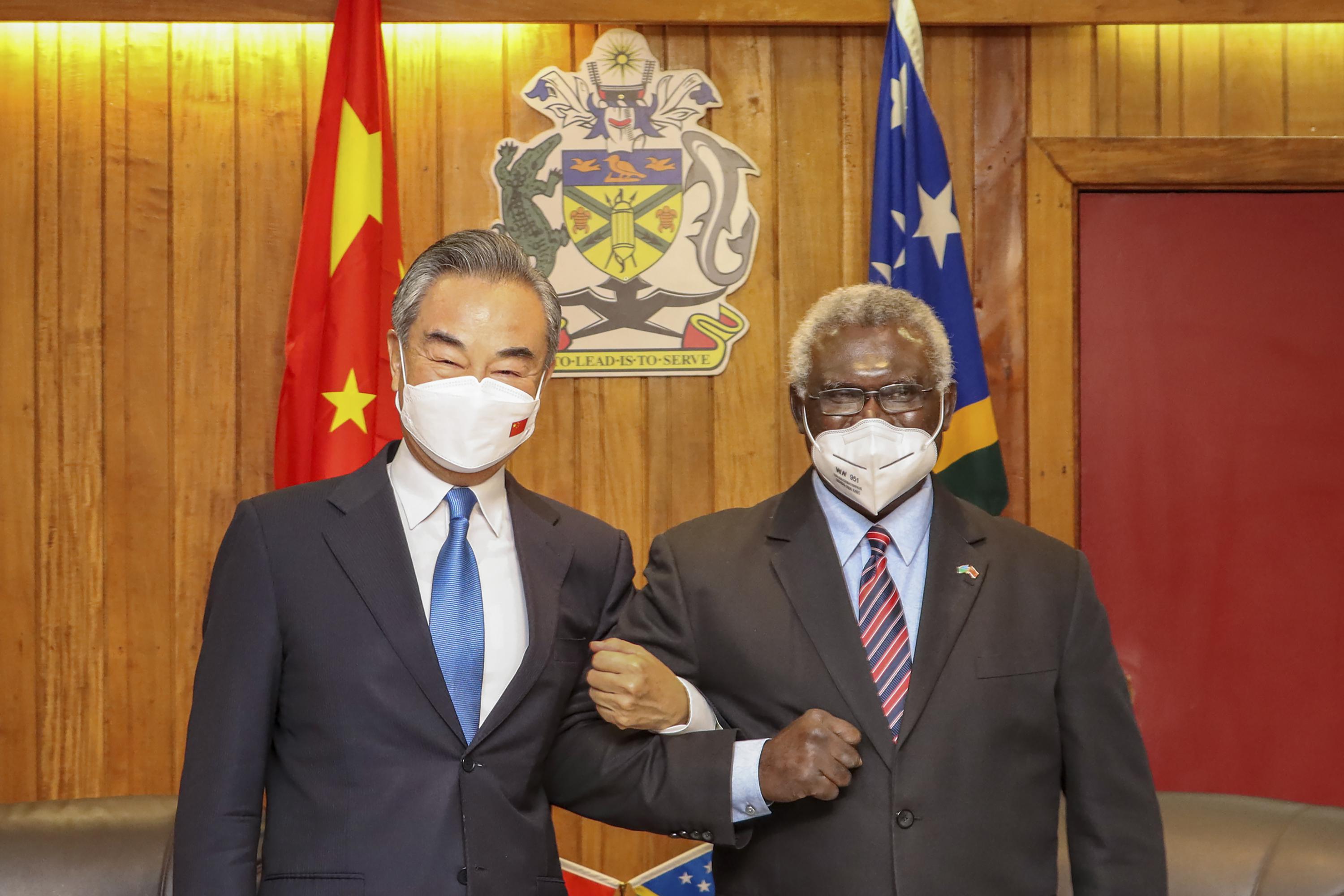 
BANGKOK (AP) — A U.S. coast guard cutter conducting patrols as part of an international mission to prevent illegal fishing was recently unable to get clearance for a scheduled port call in Solomon Islands, an incident that comes amid growing concerns of Chinese influence on the Pacific nation.

The cutter Oliver Henry was taking part in Operation Island Chief monitoring fishing activities in the Pacific, which ended Friday, when it sought to make a scheduled stop at Guadalcanal, Solomon Islands, to refuel and re-provision, the Coast Guard office in Honolulu said.

There was no response from the Solomon Islands’ government for diplomatic clearance for the vessel to stop there, however, so the Oliver Henry diverted to Papua New Guinea, the Coast Guard said.

When the stop in Solomon Islands had been scheduled wasn’t disclosed, but the Coast Guard said the Oliver Henry had arrived in Port Moresby, Papua New Guinea, on Tuesday “following a patrol in parts of the Coral Sea and the Solomon Islands.”

Britain’s Royal Navy did not comment directly on reports that the HMS Spey, also taking part in Operation Island Chief, was also denied a port call in Solomon Islands.

“Ships’ programs are under constant review, and it is routine practice for them to change,” the Royal Navy said in an emailed statement.

“For reasons of operational security we do not discuss details. The Royal Navy looks forward to visiting the Solomon Islands at a later date.”

During Operation Island Chief, the U.S., Australia, Britain and New Zealand provided support through aerial and surface surveillance for Pacific island nations participating in the operation, including Solomon Islands.

China has been assertively trying to expand its presence and influence in the Pacific, and Solomon Islands Prime Minister Manasseh Sogavare alarmed some neighbors, the U.S. and others after he signed a new security pact with China.

The pact has raised fears of a Chinese naval base being established within 2,000 kilometers (1,200 miles) of Australia’s northeast coast. A Chinese military presence in the Solomon Islands would put it not only on the doorstep of Australia and New Zealand but also in close proximity to Guam, the U.S. territory that hosts major military bases.

Both the Solomon Islands and China have denied their pact will lead to a Chinese military foothold in the South Pacific.

Sogavare also raised eyebrows earlier in August when he skipped a memorial service marking the anniversary of the Battle of Guadalcanal, a key battle in World War II in which American and other allied forces wrested control of the islands from Imperial Japan.

U.S. Deputy Secretary of State Wendy Sherman, whose father was wounded during the Guadalcanal campaign and who attended the memorial, said Sogavare “missed an important opportunity” by failing to attend.

U.S. Sen. Marsha Blackburn met with Sogavare in the Solomon Islands on Wednesday but it was not clear whether she raised the issue of the Coast Guard’s refused port call.

The Tennessee Republican said in a statement on her website that her visit to the Solomon Islands as well as Fiji and Papua New Guinea “was an important step in showcasing America’s commitment to the region and expanding our strategic relationships.”

The Coast Guard, in the statement from Honolulu, said it respects the sovereignty of its foreign partners and looks forward to future engagement with Solomon Islands.

Coast Guard Lt. Kristin Kam told the Stars and Stripes newspaper that the U.S. State Department had been in touch with the Solomon Islands government following the refusal of the port call and that they “expect all future clearances will be provided to U.S. ships.”