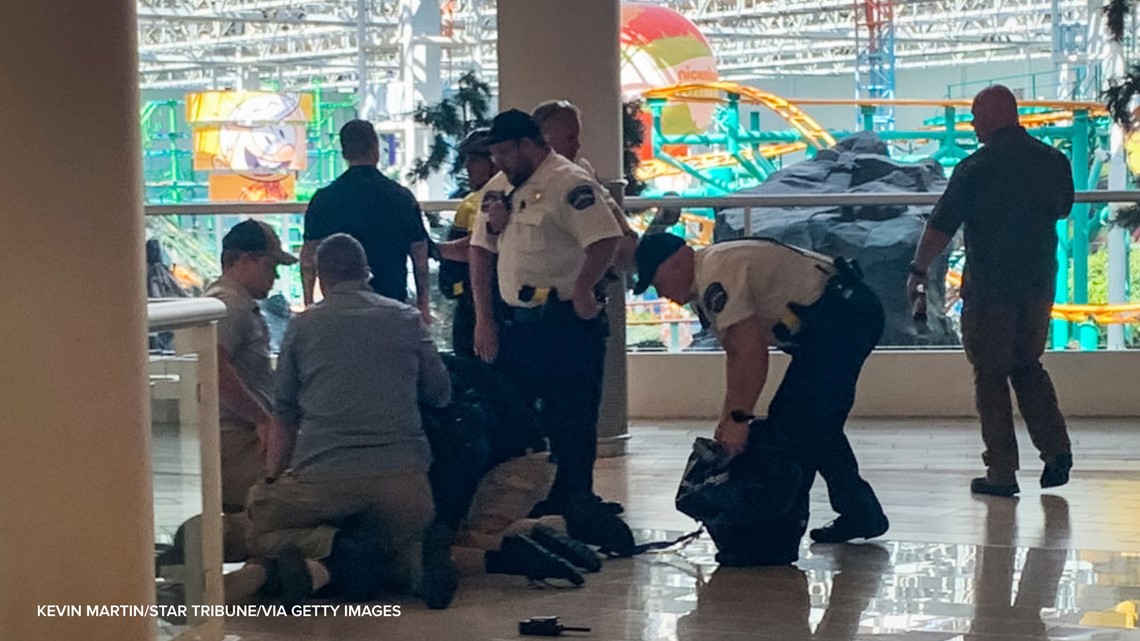 
Police say the man was seen on security cameras walking around the mall “nonchalantly” with a rifle before allegedly robbing a Lids store at gunpoint.

BLOOMINGTON, Minn. — An armed robbery suspect was arrested Friday carrying a rifle inside the Mall of America Friday.

According to Bloomington Police, a Good Samaritan inside the mall called dispatch just after noon to report a man walking around the mall with a rifle. Police went on to say he allegedly stole a children’s motorized scooter and then robbed a Lids store at gunpoint. Immediately after he left the store, police say he was taken into custody.

Bloomington Police Chief Booker Hodges said in a press conference Friday evening that the man was apprehended within eight minutes of the initial call to dispatch.

Officials said they believe the man also robbed Twin Cities Pawn in Minneapolis earlier in the day. Authorities located a vehicle believed to be associated with the suspect in the mall parking ramp. A search warrant is pending.

According to a statement from the Mall of America, mall security apprehended the man without incident, and he was turned over to the Bloomington Police Department.

“Due to the prompt response by the security team, the suspect was taken into custody immediately therefore Mall of America did not issue a locked,” the release read.

During his press conference, Hodges said after the call came into dispatch, mall security located the man on cameras and he was seen “walking through the mall rather nonchalantly.”

“This is why a lockdown was not called, because we didn’t want to escalate the situation,” said Hodges.

The incident comes less than a month after three shots were fired inside the mall at the Nike store. Nobody was shot but the mall was placed on a lockdown.

After a nationwide warrant was issued, the alleged shooter, 21-year-old Shamar Lark, was arrested in Chicago. An alleged accomplice was also arrested in Chicago, and three other people have been charged with aiding an offender to avoid arrest.