Of all the legal threats Trump is facing, is this the one that could take him down? – The Guardian US

Of all the legal threats Trump is facing, is this the one that could take him down? – The Guardian US 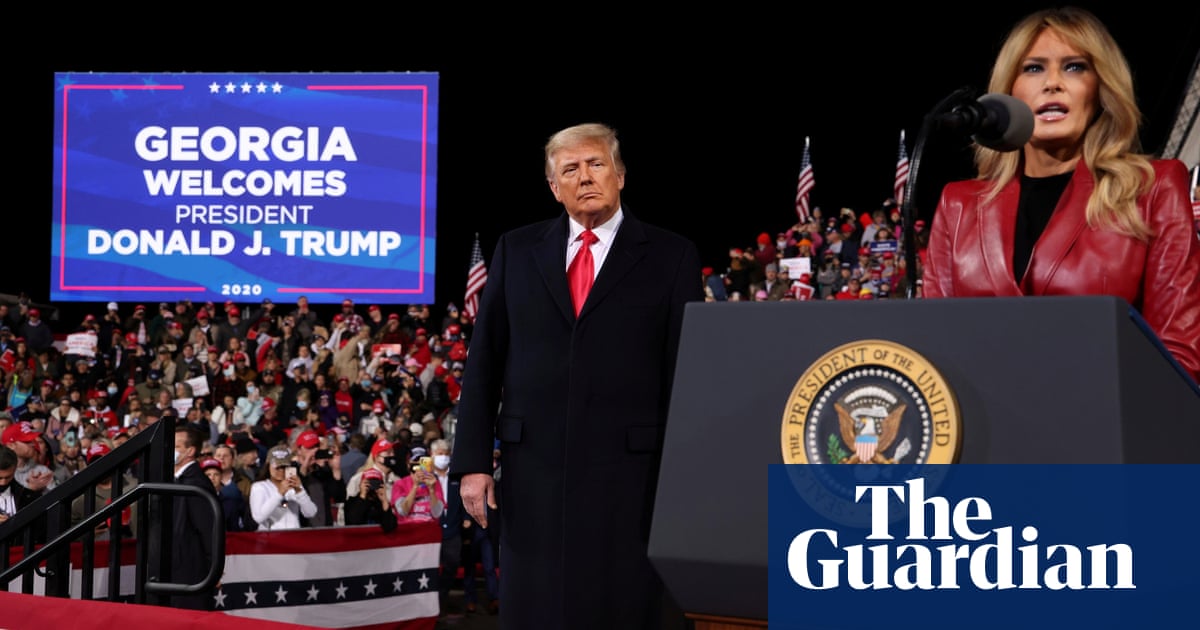 The former president’s attorneys have raced to put out one fire after another in recent months as they defend Trump from investigations into the squirrelling away of secret documents at Mar-a-Lago, his part in the storming of the Capitol during his last days in office, and twin probes into his business dealings in New York.

But the greatest legal danger to Trump may come from the quiet workings of a grand jury in Georgia hearing evidence of his illegal attempts to overturn the state’s 2020 presidential election result and prevent from Joe Biden taking power.

“It’s a greater legal threat to the president and some of his followers than any of the other investigations which are going on right now,” said Ronald Carlson, a leading Georgia trial lawyer and professor at the University of Georgia’s law school.
“Some of the potential charges carry very serious penalties.”

Carlson said that even if Trump were prosecuted for removing classified papers from the White House, other officials who have mishandled secret material received only misdemeanor convictions and probation, such as the former CIA director David Petraeus.

He said the New York investigations into allegations of financial fraud are focussed more on Trump’s businesses than on the former president. It remains unclear what, if any, criminal charges might come out of Congresses investigation into the 6 January, 2021 assault on Congress.

But Carlson said the strong evidence of Trump’s wide-ranging effort to overturn his narrow loss to Biden in Georgia by pressuring state officials to commit fraud puts the former president squarely at the heart of an investigation into alleged crimes that carry more serious penalties than those he might face in the other probes.

An analysis by the Brookings Institution, a Washington thinktank, concluded that Trump is “at substantial risk of possible state charges predicated on multiple crimes” after what it described as his “sustained assault” on the Georgia electoral process.

Among other charges, prosecutors appear to be considering indictments under anti-conspiracy laws written to combat organised crime which potentially carry lengthy prison sentences.

In Atlanta, the Fulton county district attorney, Fani Willis, has assembled a “special purpose grand jury” to spend up to a year focused on Trump’s multi-faceted attempt to fix Georgia’s election result.

Willis appears to be building a substantial body of testimony from some of Trump’s closest allies who witnessed the defeated president’s actions and in some cases intervened themselves, including his lawyer and advisor, Rudolph Giuliani, the former New York mayor. Two days before he testified last month, Giuliani was informed he is also a target of the criminal investigation.

The grand jury is also seeking testimony from Senator Lindsey Graham, an ardent convert to Trump who contacted Georgia officials looking to alter the vote, and the former White House chief of staff, Mark Meadows.

Lawyers said that given that any charges against Trump would further inflame America’s already raw politics, Willis will want to make sure she has an airtight case to head off accusations of a political prosecution. But that also means that any decision to prosecute could come at about the time the next presidential campaign is getting off the ground, with Trump hinting that he will run again.

Evidence presented to the grand jury is secret but any case against Trump is likely to be built around a tape recording of his call to Georgia’s Republican secretary of state, Brad Raffensperger, to demand he “find” enough votes to overturn Biden’s victory in the state.

When Raffensperger rebuffed the demand, Trump made vague threats of charging him with a crime for failing to investigate allegations that Democrats had rigged the vote.

“You know what they did and you’re not reporting it. You know, that’s a criminal offence. And you know, you can’t let that happen. That’s a big risk to you,” he told Raffensperger.

The then president spoke to other senior Georgia Republicans, including the governor, Brian Kemp, and attorney general, Chris Carr, to urge them to contest the state’s vote count. They too resisted the pressure.

Raffensperger and Carr have already testified to the grand jury. Kemp is resisting a subpoena.

Trump also tried to get federal officials at the justice department to intervene. His lawyers filed a series of lawsuits making extraordinary claims of foreign interference and other conspiracy theories. All of them were dismissed.

When all of that failed, Giuliani and others pushed a false claim that the law allowed the Georgia legislature to replace its members of the electoral college with a slate that would vote for the defeated president. Legislators refused to play along and the Trump campaign instead sent 16 “fake electors” using false election certificates – another failed attempt to overturn the election replicated in six other states lost by Trump.

Willis has told some of those involved in the fake electors plot that they are the target of criminal investigation by the grand jury, including the Georgia Republican party chair, David Shafer, and a state senator, Brandon Beach.

Carlson said the combination of Trump’s actions potentially amount to a substantial body of evidence of wide wrongdoing.

“The focus for this grand jury is solicitation of election fraud. Presumably most of the evidence that they’re receiving will focus on that. Then there will be making false statements to state or other governmental bodies. The creation of a slate of electors, which took the position that Trump had won the election, will come under that sort of umbrella. Then we’ll probably have the grand jury looking at criminal conspiracy and violation of oath of office,” he said.

A combination of all or some of these charges could also open the way for Trump to be prosecuted for a pattern of criminal acts under Georgia’s Racketeer Influenced and Corrupt Organizations (Rico) statute. Although Rico is more commonly associated with prosecution of organised crime, Willis used it seven years ago to convict 11 Atlanta teachers of fixing test scores for their students.

The district attorney has brought in a Rico specialist for the Trump investigation.
The special grand jury can sit until next May, giving it plenty of time to gather evidence. But unlike regular grand juries, which meet for only two months and issue indictments, it can only submit a report recommending prosecution. Willis must then decide whether to follow that recommendation and appoint a regular grand jury to seek an indictment against Trump or anyone else.

Carlson predicted that if the special grand jury recommends prosecution, the district attorney will go ahead.

“She’s a very vigorous and bold advocate. I believe that she will follow through,” he said.

The Brookings Institution said that if Trump is charged with a crime, he is likely to claim that he cannot be held criminally liable for his actions as president. But it said that defence is likely to fail, because immunity from liability only extends to actions taken by the president that were within the scope of his lawful duties.