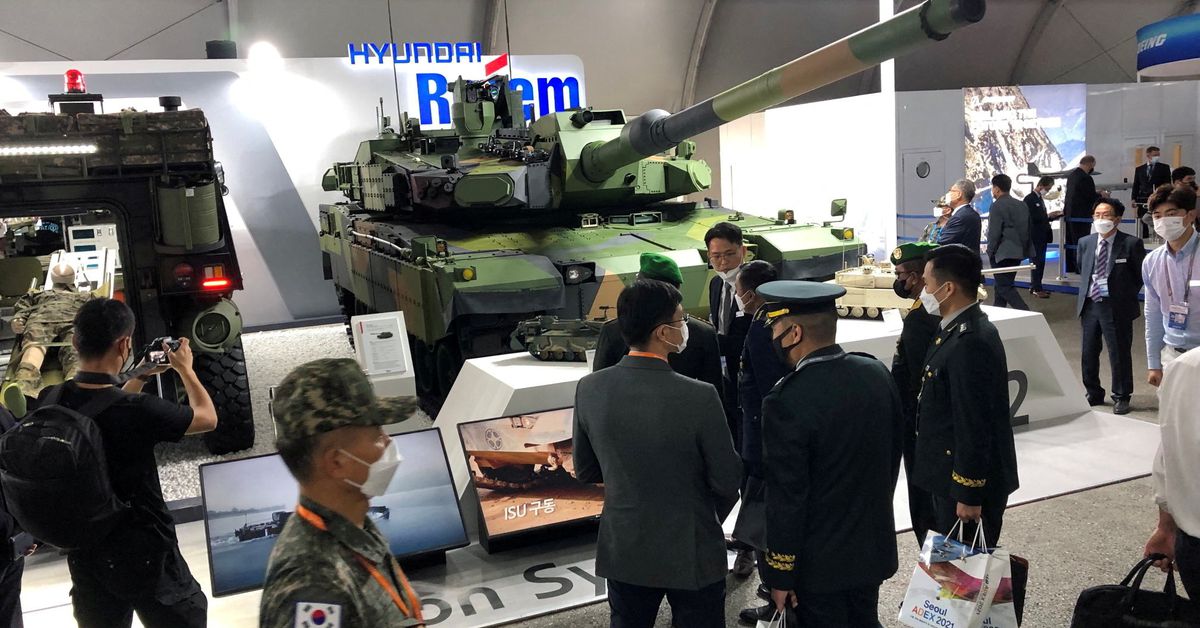 The contract, signed in Poland on Friday, is part of South Korea’s biggest ever arms deal, clinched last month with Poland, which has been seeking to beef up its military in the face of Russia’s invasion of neighbouring Ukraine.

The parties have not announced the value of the entire deal, which South Korean media estimated at up to 20 trillion won ($15 billion). read more

“As defence exports are extremely important in terms of sharing weapon systems, mutual logistics support and strengthening security alliances, this export deal is expected to contribute to our efforts to build solidarity with European countries and expand the boundaries of our security capabilities,” DAPA said in a statement.

South Korean President Yoon Suk-yeol, who took office in May, has vowed to beef up security cooperation with European countries sharing the values of democracy and market economies, while boosting the country’s defence industry amid North Korea’s evolving nuclear and military threats. read more

Yoon became the first South Korean leader to attend a NATO summit in Spain in June as an observer, warning of threats to those values. read more

Poland agreed to buy 180 K2 tanks, an unspecified number of howitzers and 48 FA-50 fighter jets under the deal. Friday’s contract covers a first instalment, DAPA said, without elaborating on the numbers. An agreement for the jets is expected next month.

The Ukraine invasion, which Russia calls a “special military operation,” has raised security fears among many former Eastern Bloc countries. NATO member Poland has vowed to boost military spending to 3% of gross domestic product and more than double the size of its army to deter any attacks.