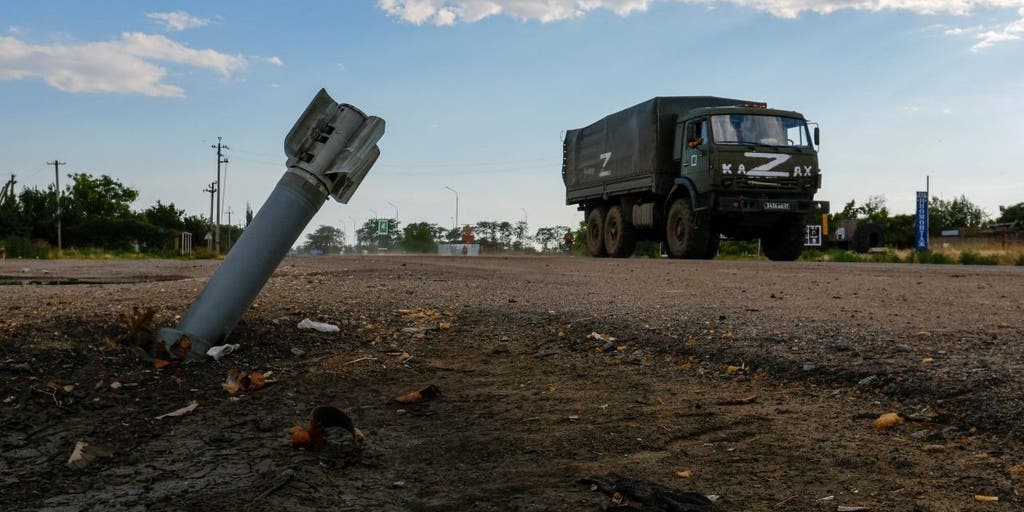 A Russian convoy transporting heavy military equipment is headed for Crimea, reports said Saturday, in an apparent effort by Moscow to beef up its offensive in Ukraine.

The equipment was reportedly seen being transported near Kerch Bridge, also known as the Crimean bridge, which connects the Crimean Peninsula with Russia for rail and vehicle transport.

FILE – A vehicle runs down the road-and-rail Crimean Bridge passing over the Kerch Strait and linking southern Russia to the Crimean peninsula on May 15, 2018, in Kerch, prior to the opening ceremony.
(ALEXANDER NEMENOV/POOL/AFP via Getty Images)

WHERE THE WAR IN UKRAINE STANDS AT 6-MONTH MILESTONE

The transport of hefty military equipment to Crimea comes as renewed focus has been placed on the peninsula, which Russia has occupied since 2014.

Ukrainian President Volodymyr Zelenskyy said this week that Ukrainian forces will not stop fighting until all occupying Russian forces are removed from the country – including Crimea where Russia has gained a significant stronghold.

“It all began with Crimea, and it will end with Crimea,” Zelenskyy told world leaders in a Tuesday forum. “It is necessary to liberate Crimea. This will be the resuscitation of world law and order.”

Though Zelenskyy appears to have the backing of world leaders, experts believe ousting Russia from Crimea will prove difficult.

Fighting along Ukraine’s 1,500-mile-long frontline has largely stalled in recent weeks, but defense officials assess that both sides are preparing for major campaigns in regions like Donetsk.

FILE – The Kerch Strait bridge that allows shipping to flow between the Sea of Azov and the Black Sea.
(Gallo Images / Copernicus Sentinel 2018/ Orbital Horizon)

Reporting in recent months has suggested that Ukraine is preparing a large scale counter-offensive against Russia as Moscow’s troop advancement in the east and south has slowed.

The U.K. defense ministry on Saturday assessed that fighting in the eastern Donetsk region may have intensified over the past five days as Russia looks to force Ukrainian troops from other areas more ardently contested in the south and north.

“Pro-Russian separatist militia have probably made some progress towards the center of the village of Pisky, near Donetsk Airport. However, overall, Russian forces have secured few territorial gains,” the British intelligence update said.

A Russian military truck drives past an unexploded munition during Ukraine-Russia conflict in the Russia-controlled village of Chornobaivka, Ukraine, July 26, 2022.
(REUTERS/Alexander Ermochenko)

“There is a realistic possibility that Russia has increased its efforts in the Donbas in an attempt to draw in or fix additional Ukrainian units, amid speculation that Ukraine is planning a major counter-offensive,” the brief added.

The ministry has assessed that Ukraine is pushing back in areas in the Kherson, Zaporizhzhia, Donetsk and Kharkiv regions where heavy fighting continues.

Caitlin McFall is a Fox News Digital reporter. You can reach her at [email protected] or @ctlnmcfall on Twitter.