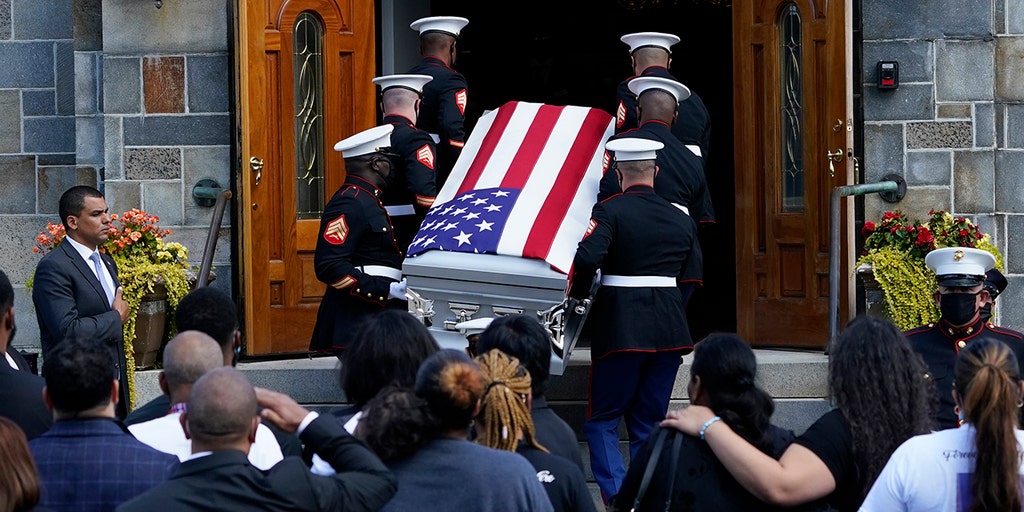 These are the names of the 13 precious servicemembers the United States lost a year ago during the botched Afghanistan withdrawal.

These American heroes’ names should never be forgotten. They committed their lives to keeping us safe and stopping the bad guys from doing any further harm to our country.

One year after the Afghanistan withdrawal, I reflect on the lives lost. These 13 servicemembers, and the thousands more Afghan lives that were lost, should serve as a reminder to all of us of what failed leadership can lead to.

The Biden administration made three significant strategic errors that led to this utter catastrophe. First, they committed to an unconditional withdrawal with a specified date of departure. Second, they surrendered Bagram airbase before pulling out and left weapons behind that empowered the Taliban to control our arms and take back vicious prisoners. Third, they did not hand over operational control to the Department of Defense when things started going sideways with the State Department-led withdrawal. At a certain point, the direction the withdrawal took made it no longer a diplomatic operation, but a military operation. The Biden administration’s inability to recognize that early enough led to bloodshed.

This botched withdrawal not only resulted in the loss of American and Afghan lives, but it also hurt our nation’s credibility on the world stage. The Biden administration’s mishandling of this self-inflicted crisis damaged the trust that other nations have in U.S. diplomatic and military capability.

Trust can take decades to build and just seconds to lose. This administration’s failure damaged relationships with allies that had withstood numerous presidencies, wars, crises, and conflicts. The damage cannot be easily undone.

Through my nearly 20 years in the military, I saw operations succeed and operations fail.  It does not take a master of tactics or strategy to know that you shouldn’t tell your enemy your plans. But by announcing publicly our hard withdrawal date, that is exactly what the Biden administration did. The entire world witnessed the disastrous outcomes that followed from the ill-advised and misinformed decision.

This tragedy exposed the threat that this administration poses to our national security while simultaneously showing the world that in times of crisis, the U.S. cannot be trusted under the leadership of the Biden administration. That is shameful. When we pledge protection and support to our allies, mistakes like this not only cost the lives of American soldiers, but also put our allies in danger and our nation’s loyalty into question.

One year later, our country is still recovering from this heartbreaking tragedy. Those 13 families still mourn the loss of their sons and daughters, brothers and sisters, grandsons and granddaughters. And the country still feels it in the pit in our stomachs from the needless loss of life.

As a nation, we can do better. And we must do better. But this can only happen if we get stronger leadership from 1600 Pennsylvania Avenue. Being proactive in deterrence efforts and putting military operations in the right hands are the difference between a safe withdrawal and a deadly one. The Biden administration has proven time and time again that they are incapable of conducting safe and effective operations.

There were, however, chutes of hope and leadership in the midst of the chaos in the crisis. In Congress alone, we saw members pause their normal operations and create operation centers to help rescue Americans and our allies stuck in Afghanistan. My office was able to assist 115 Americans and allies as they fought to get to safety, and I commend my colleague Florida Republican Rep. Michael Waltz, in particular, who played a leading role in helping get Americans and our allies out alive. Unfortunately, the White House and cabinet members did not help and only further aggravated the process for so many who were desperate to leave.

I will continue to do everything in my power to prevent tragedies like the botched Afghanistan withdrawal from happening again. We must put our country, our military, and our citizens over party politics. When it comes to the Taliban and our enemies abroad, there is no room for error.

Today, and every day going forward, please remember those names above. Never forget their legacy. And let it serve as a reminder that elections have consequences, and the United States must equip our nation with proper leadership to ensure this does not happen again.