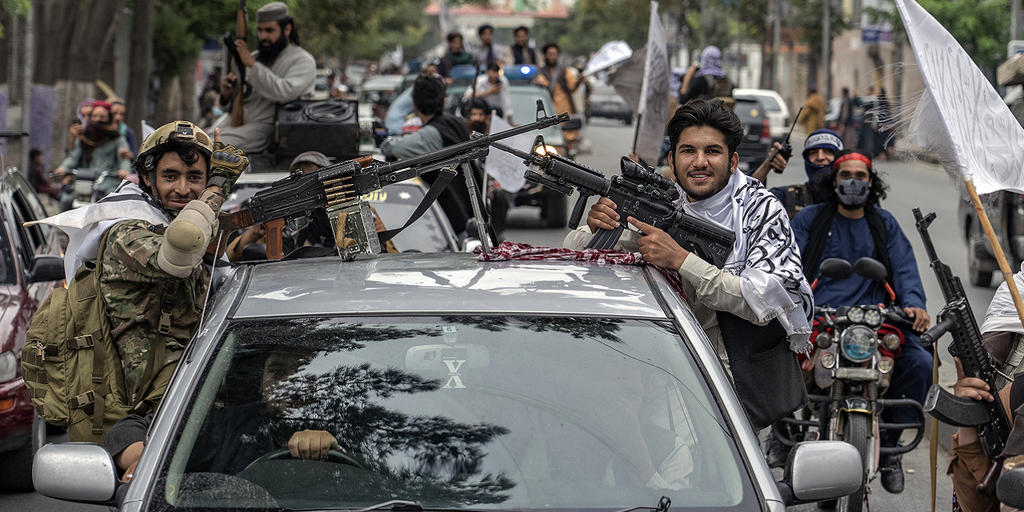 In a wide-ranging exclusive interview, Taliban spokesman Suhail Shaheen addressed domestic and international criticism the Taliban has faced since taking control of the country last year.

This article is part of a Fox News Digital series examining the consequences of the U.S. military withdrawal from Afghanistan one year ago this week.

“Our hands are tied,” Shaheen told Fox News Digital in an exclusive interview. “We are facing sanctions, embargoes – those countries, including the United States, who are funding projects here in the country and some of which of those projects work was completed, about 95% are more than that, they stopped funding those projects, so this is also one of the causes of poverty increase in the country.”

“So we have problems, but many of those problems we have inherited from the past and also because of the international community,” he bemoaned, saying that sanctions against the country have also “created the economic situation.”

Shaheen spoke on a number of topics regarding the state of Afghanistan after the Taliban took control following the hasty U.S. military withdrawal, including the prolonged humanitarian crisis that has gripped the country as well as concerns over safety after the U.S. found al Qaeda leader Ayman al-Zawahri in Kabul.

Earlier this month, the U.S. killed al-Zawahri in a “successful” counterterrorism operation. Shaheen said that there is an ongoing investigation into the killing of al-Zawahri and noted that results of that investigation will come out in good time. He said the Taliban is sticking by the Doha agreement and is not hosting terrorist organizations in the country.

“We have given a clear message to all groups or people that they have no place in Afghanistan to use it against other countries. If there is anyone in hiding in the country. We are looking at that and whenever we find that we will not allow that is the policy,” he said, but then offered the following excuse whether terrorists are hiding in the country without the Taliban’s knowledge “That doesn’t mean the government of the country is in line with that or agrees with that.”

The Taliban on Monday marked the first-year anniversary of their takeover after the country’s western-backed government fled, and the Afghan military crumbled in the face of the insurgents’ advance.
(AP/Ebrahim Noroozi)

Shaheen blamed the U.S. for poor relations between the two countries after 9/11, saying that Afghanistan had condemned the attack and offered to “cooperate” in an investigation before the U.S. attacked. Osama bin Laden planned the attacks while sheltering in Afghanistan under the protection of the Taliban, according to the FBI. Shaheen did not disavow bin Laden or acknowledge any cooperation with al Qaeda at the time.

However relations with other countries remain rocky. Shaheen stressed the need for “normal relations” with other countries in order to achieve better economic security and to “normalize” the situation in Afghanistan, but when pressed a response to China’s treatment of the Muslim Uyghur population, Shaheen said simply “that is the internal issue.”

AIR FORCE CREW RECALLS FINAL FLIGHT OUT OF AFGHANISTAN: ‘THAT IMAGE IS FROZEN IN TIME FOREVER’

“We hope that China will treat all their citizens equally,” he said, adding that the Taliban “do not interfere in any country’s internal affairs.”

The Taliban wants to convey an image of open cooperation with the international community in order to bring in much-needed aid to the depressed Afghanistan economy. The U.S. froze $7 billion of assets in the country and ended talks over the possible release of the funds following al-Zawahri’s death.

Suhail Shaheen, Afghan Taliban spokesman speaks during a joint news conference in Moscow, Russia. The Taliban broke its silence Thursday, Aug. 4, 2022, days after a U.S. drone strike killing al Qaida’s top leader in Afghanistan’s capital, acknowledging his slaying, and pledging to launch an investigation. Shaheen, the head of the group’s political office in Doha, Qatar told the Associated Press in a what’s App message that “The government and the leadership weren’t aware of what is being claimed, nor any trace there. Islamic Emirate of Afghanistan reiterates its commitment to Doha Agreement.”
(AP Photo/Alexander Zemlianichenko, Pool)

Shaheen insisted that the U.S. should return the money to “the people of Afghanistan,” saying there is “no rational justification” to freeze the money.

“They have frozen the property of the people,” Shaheen said. “Once again, we want this property and this money to be unfrozen because without that, the Afghanistan Bank is not able to work and run normally, and it is needed for the normal livelihood of the people of Afghanistan,” including broad import and export activities.

The Taliban has not received any money “directly” from the U.S. government, but rather has seen millions in assistance spent through the United Nations and humanitarian groups, according to Shaheen. Some critics worry that money sent to Afghanistan and the Taliban will find its way into terrorist groups, but al-Zawarhi claimed the Taliban stand by their “commitment” to not let terrorism breed in their country.

That commitment includes a fresh disavowal of terrorism in the country.

“We have given a clear message to all groups or people that they have no place in Afghanistan to use it against other countries,” Shaheen touted. “If there is anyone in hiding who’s in the country, we are looking at that. And we when we find that we will not allow. That is a policy.”

He glorified the ability of Afghanistan to take down “empires and superpowers,” from the United Kingdom to the U.S., saying they “were facing the resistance of the people of Afghanistan,” who were “successful.”

Part of that is taking the weapons and equipment left in the wake of the U.S. withdrawal and using it to strengthen the Taliban military “for the protection of our people, our borders.”

“We are keeping them,” Shaheen said bluntly, referring to the equipment now as “the asset of the people of Afghanistan.”

Peter Aitken is a Fox News Digital reporter with a focus on national and global news.