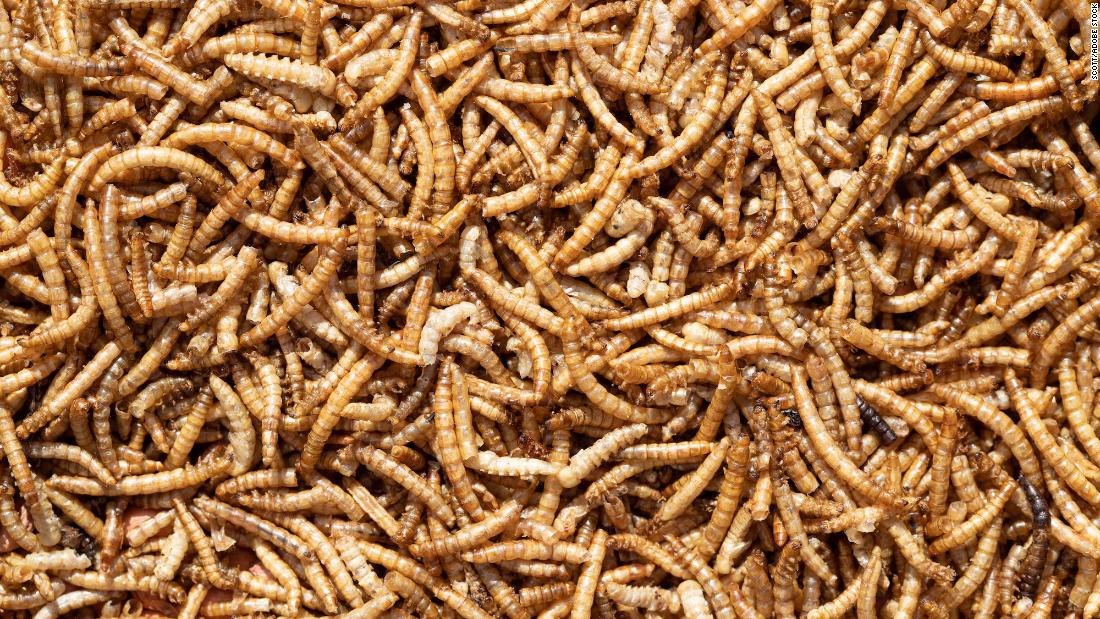 
It’s a question you might soon be hearing at the dinner table, or at least that’s the hope of scientists at South Korea’s Wonkwang University.

Researchers In Hee Cho and Hyeyoung Park presented their development of a meaty mealworm flavoring at the American Chemical Society’s fall meeting, according to a news release issued on Wednesday. Their research, they say, is a response to the dietary demands of a growing global population and the looming climate crisis.

“The global food market continues to grow, but it is still necessary to explore new food materials and/or develop new food products because food resources are gradually being depleted,” said Cho in a media briefing posted to the American Chemical Society’s YouTube account.

And they’re a good source of protein.

Despite their ecological and nutritional benefits, mealworms still face a challenge that prevents them from readily finding their way into meals: the ick factor. Customers are just grossed out by mealworms, said Cho.

“Many consumers do not like their physical appearance,” she said in the media briefing. “So most insects have been used in crushed or powdered forms as food additives.”

Cho and Park’s research focused on the flavor possibilities associated with mealworm powder, exploring how different forms of cooking can produce different flavor profiles that might make the insects more enticing to eat.

Specifically, the researchers seasoned mealworms with amino acids, garlic powder, onion powder, and mushroom powder, and experimented with different methods of cooking. Ultimately, their goal was to perfect a “meaty” flavor that would feel satisfying and familiar to consumers. People trying to reduce their meat consumption could use a mealworm additive to fulfill their meaty cravings, for instance.

Heating the mealworms with sugar produced the most popular “meaty” flavor, as ranked by volunteers who taste-tested the different formulations. The scientists hope their work will “contribute to the commercial development of meat-like and savory flavorings and seasonings, and will encourage the convenience food industry to include edible insects in their products.”

“Insect farming requires just a fraction of the land, water, and feed in comparison to the traditional livestock farming,” said Cho. “Edible insects are superfoods.”