Ex-IDF chiefs: Lack of internal solidarity a bigger threat to Israel than Iran nukes – The Times of Israel

Ex-IDF chiefs: Lack of internal solidarity a bigger threat to Israel than Iran nukes – The Times of Israel 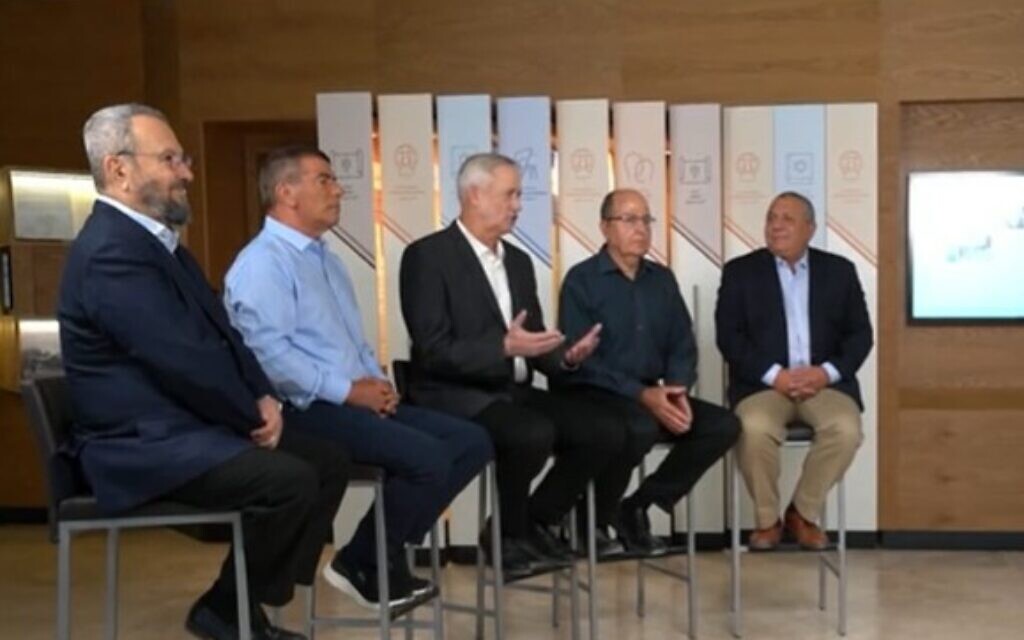 
In a rare joint TV interview, five former chiefs of staff of the Israel Defense Forces discussed their decades-long efforts to thwart Tehran’s nuclear ambitions, with several saying that they believe that a breakdown in internal social cohesion presents a greater threat to Israel than Iran becoming a nuclear threshold state.

The five, Ehud Barak, Moshe Ya’alon, Gabi Ashkenazi, Benny Gantz and Gadi Eisenkot, spoke to Channel 12 earlier in the week while attending the inauguration of a library devoted to the legacy of Israel’s first prime minister David Ben-Gurion.

In the interview that aired Friday, the generals — representing five of the seven former military leaders who are still alive — were first asked about their concerns over the emerging nuclear deal that the US and other world powers appear set to sign with Iran.

Gantz, who is currently defense minister and traveled to the US on Thursday to further voice Israel’s objections to the deal, said that Israel would manage, even if the agreement, which he called “full of holes,” is signed.

“So, I think that the people of Israel will prosper and the State of Israel will continue to be here, and we will be the strongest [country in the region]. And even if there is an agreement,  this is not the end of the story and we will know how to get an ‘upside’ out of anything if we have to. We will defend ourselves and act in our interests no matter what happens,” Gantz said.

Asked if they still believed the slogan that Iran would never be allowed to acquire a nuclear weapon, Gantz again answered, saying that the US had promised to use force as a last resort to stop Tehran from getting the bomb. 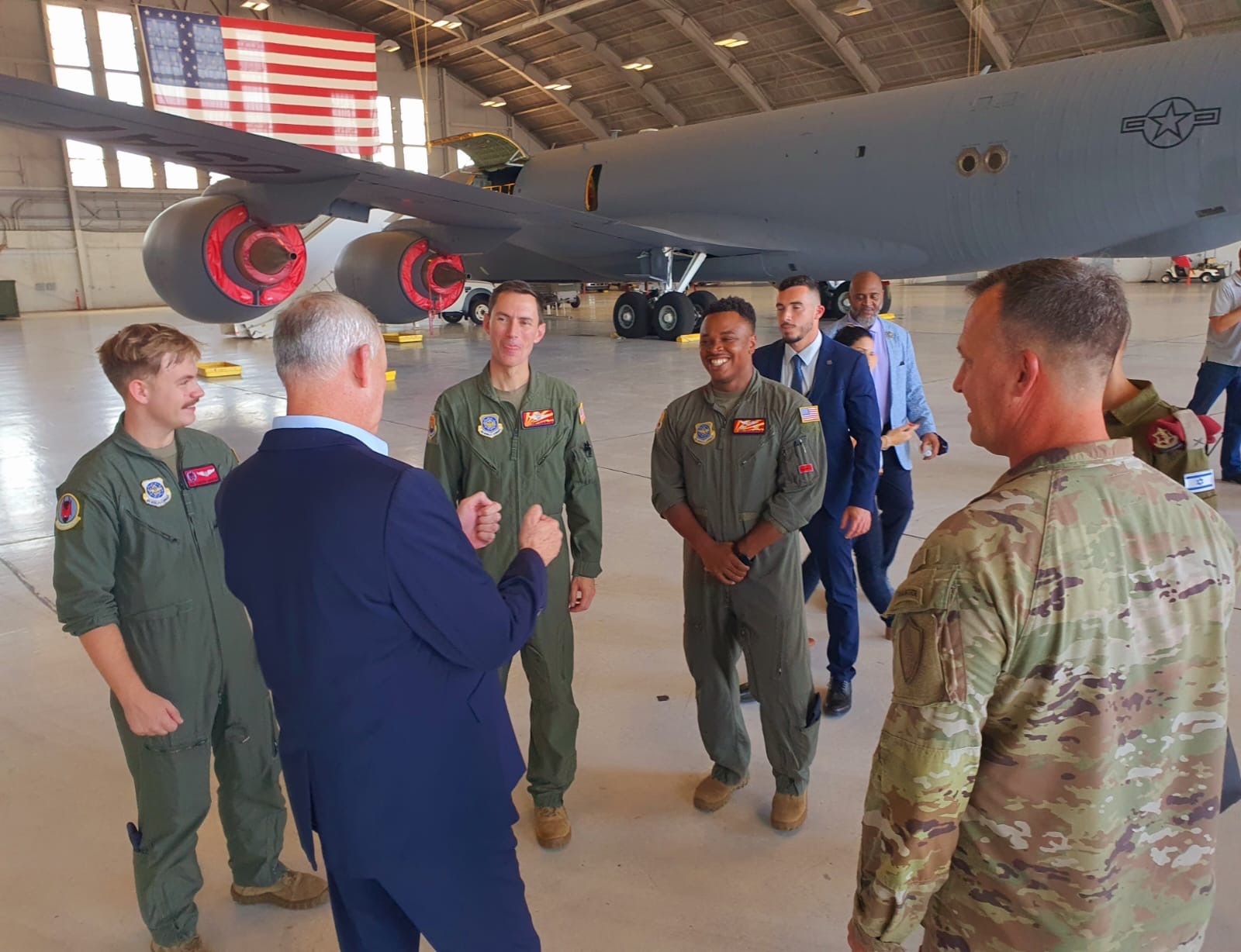 “I had a chance to speak with the American president recently. He was asked if he would use force and he said as a last resort, but yes. And the Americans, as the leaders of the Western world, should be committed to this matter, not because it is a problem for the State of Israel. It is not our personal problem. As world leaders, they are committed to this and I hope they will stand behind their words,” Gantz said.

‘Talk little and do a lot’

Asked if Israel had the means to attack and stop the Iranian nuclear program, Eisenkot said it was only continuous Israeli activity over the last 25 years that had prevented Iran from attaining a nuclear weapons capability so far.

“We have all been dealing with the Iranian issue and their desire, their vision to reach the bomb for between 20 and 30 years, each in his role,” said Eisenkot.

“The fact that Iran today does not have a military nuclear capability is only thanks to the thinking 25 years ago and a great deal of action. Israeli military, political, secret operations, and diplomatic activities — this is what prevented Iran from acquiring a nuclear capability.”

“There is no debate about the goal — to prevent an Iranian nuclear capability — because it would change the strategic balance in the Middle East in a very serious way. I think everyone agrees on that. A good agreement is a means, covert activity is a means, international activity is a means and here one should talk little and do a lot,” he said.

Barak was asked if Israel made a mistake in not attacking Iran while he was defense minister under then-prime minister Benjamin Netanyahu.

Barak has said in the past that Netanyahu wanted to strike at Iran’s nuclear facilities in 2010 and 2011, but was prevented from doing so, first by his army chief of staff Ashkenazi and then by ministerial colleagues, including Ya’alon.

Barak supported a strike at the time. 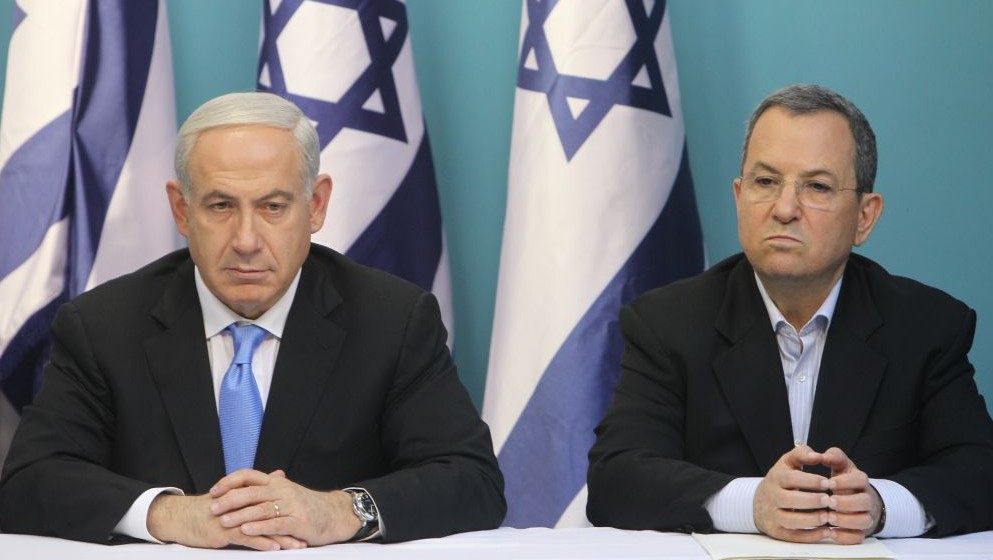 Barak again noted that there was no internal agreement in Israel at the time, saying it was impossible to now know how things would have turned out if Israel had attacked.

However, Barak said a greater failure was the fact that Israel and the US did not put in place a plan to deal with Iran after then-US president Donald Trump pulled America out of the original nuclear deal with Iran.

“One of the historical failures of 2018 is that when Trump withdrew from the nuclear agreement  — with very strong encouragement from Jerusalem — Israel and the US should have prepared, together, separately, or in a coordinated manner, at least two ‘plan Bs’ of what to do with the Iranians,” Barak said.

Nonetheless, Barak echoed the sentiments expressed by Gantz that while Israel should continue to do all it can to stop Iran, Israel would be able to deal with Tehran if it becomes a nuclear threshold state.

“Israel is not going to disintegrate or collapse, nothing dramatic is going to happen to us even if the worst of all comes true and Iran becomes a nuclear threshold state,” Barak said. 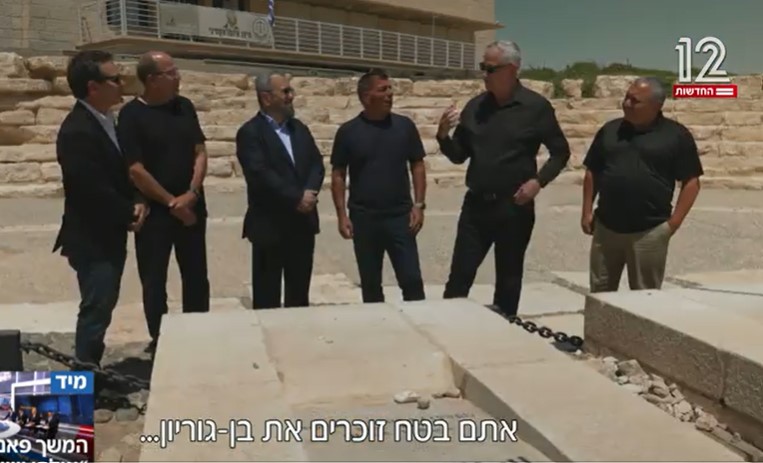 The threat from within

Ya’alon agreed, noting that he thinks the greatest current threat to Israel comes from within.

Eisenkot and Barak agreed with him, and Gantz and Ashkenazi did not dissent.

“The thing that most endangers the State of Israel in my eyes is the lack of solidarity in Israeli society,” said Eisenkot, who recently announced he was entering politics and joining Gantz’s party.

“Yes. I think that the national and social resilience of the State of Israel is the key element in our ability to protect national security,” Eisenkot said.

Barak said there was widespread agreement on this among Israel’s former security brass.

“I think that all living chiefs of staff, almost all living Mossad heads and all living Shin Bet chiefs would agree on this. I mean, all the people who are involved in, or were at the head of the security apparatus, understand today that there is a more serious threat to the future of the State of Israel than from Iran, Hezbollah, or Hamas,” Barak said. 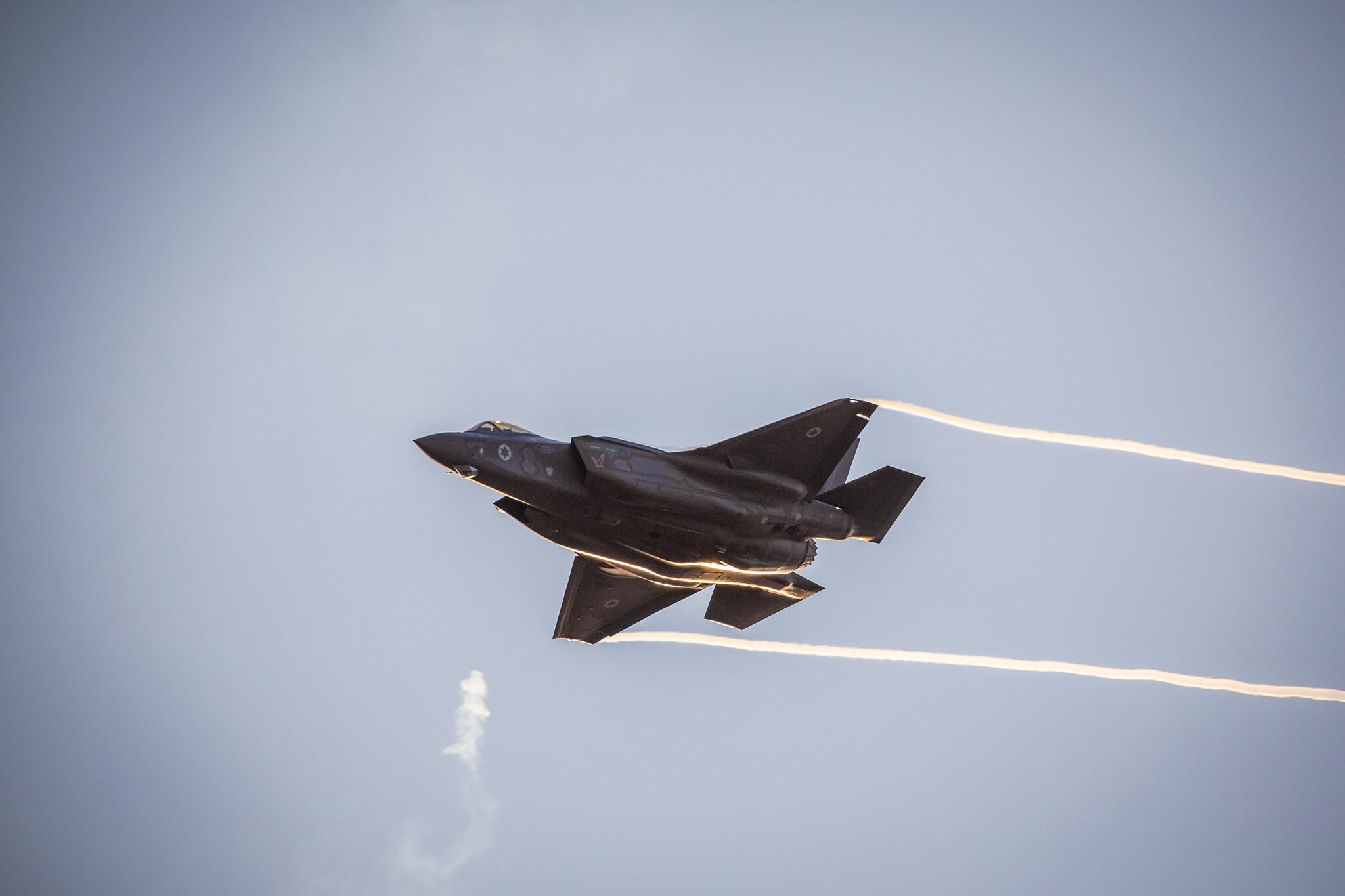 An F-35 jet maneuvers during a graduation ceremony for pilots who have completed the IAF Flight Course, at the Hatzerim Air Base in the Negev desert, December 26, 2018. (Aharon Krohn/Flash90/File)

“This threat is what is happening within us — the risk of losing the internal cohesion, the internal solidarity and slipping into a situation with fanatics on the one hand and those who lose faith in Zionism on the other,” Barak said.

The conversation also had political undertones, with all five of the interviewees having expressed their political opposition to Netanyahu in recent years and two actively campaigning against him in the upcoming November elections.

The elephant in the room

They were asked directly about this, with the interviewer saying, “Let’s talk about the elephant in the room: Seven [former] chiefs of staff are alive, five of them here. [The exceptions were Shaul Mofaz and Dan Halutz.] All of you worked with Netanyahu and not one of you is going to vote for him.”

“I suggest that in a conversation about Ben-Gurion, we don’t also talk about Netanyahu. It diminishes the subject of the conversation,” said Barak, with Ashkenazi voicing his agreement.

“I would add that also the heads of the Shin Bet and Mossad, except for one, won’t [vote for him] either,” said Ya’alon.