Crypto will become an inflation hedge — just not yet

Crypto will become an inflation hedge — just not yet 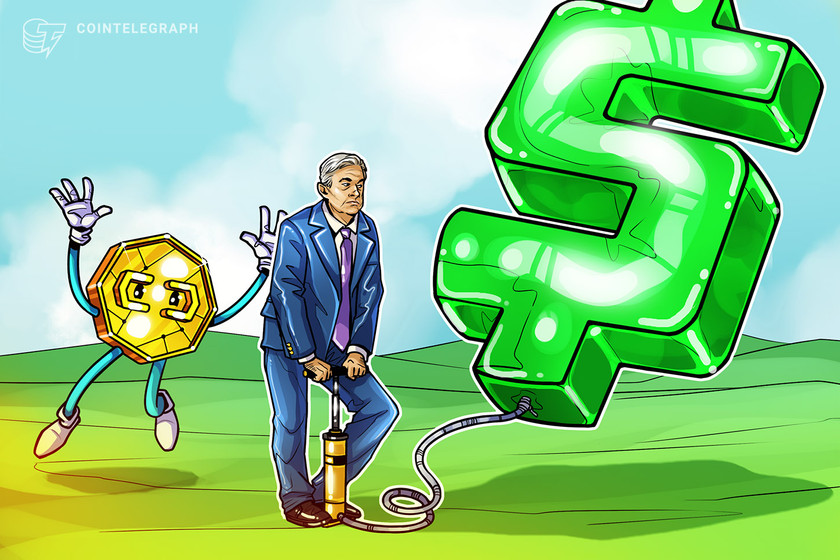 
Cryptocurrencies present a unique solution, given their lack of a central governing bank. You can’t lose trust in something that doesn’t exist. Its supply is finite, so it naturally appreciates in value. People using a blockchain with proof-of-stake protocols can access their funds at any time, while continuously earning staking rewards on their current balance. This means that the actual value of annual percentage yield is tied to the economic activity on the chain via its treasury and staking reward distribution mechanics. Those properties seem to address the cause of inflation in the traditional monetary systems — but some roadblocks remain.

Related: Inflation got you down? 5 ways to accumulate crypto with little to no cost

For starters, let’s examine the reasons why people invest in and hold cryptocurrencies. The majority of cryptocurrency holders see the future potential of those technologies, meaning some of their value is not currently present. They are speculative investments. Decentralization has been achieved by Bitcoin, but its exuberantly high energy costs remain unaddressed, and the majority of mining forces are still aggregated into a dozen mining pools. Ethereum has similar issues with energy consumption and mining pool centralization. Ethereum also has a security problem — more than $1.2 billion has already been stolen on its blockchain this year.

These are technology problems that have solutions

Granted, these issues are being addressed. Several third-generation blockchains are tackling energy consumption and decentralization head-on. Privacy is improving. Crypto holders are beginning to accept that their wallets will always be fully traceable, which will prove enticing to new users who have previously been hesitant over blockchain’s hypertransparency. Projects seeking to merge traditional finance’s mathematical rigor with the native attributes of cryptocurrency are tackling the problem of DEX inefficiency.

Mass adoption and integration need to happen before crypto can act as a bulwark against inflation. Crypto has characteristics of future value in an ecosystem that is currently struggling to establish its fundamentals. The crypto economy is still waiting for applications that will take full advantage of decentralization without sacrificing the quality and experience, which is especially important for widespread adoption. A payment system where each transaction costs $5 and the exchanged value is regularly lost will remain unfeasible.

Until the top cryptocurrencies can be used efficiently for real-world payments and decentralized applications provide a similar level of utility as centralized systems, crypto will continue to be treated as a growth stock.

Inflation isn’t caused by just printing more money, which is to say that the presence of an asset doesn’t automatically cause its value to go down. Between September 2008 and November 2008, the number of billions of U.S. dollars in circulation tripled, yet inflation went down.

Inflation has much more to do with public distrust of the central monetary system. This lack of confidence — combined with corporate price gouging, the upheaval caused by pandemic relief packages and significant supply chain disruptions (accelerated, in part, by the war in Ukraine) — has landed us in the current crisis. The big money-print of 2021 didn’t cause inflation, but it magnified it.

Related: Has US inflation peaked? 5 things to know

In terms of presence, the supply of funds alone is not an overly significant issue for a store-of-value currency. What is stored is not necessarily part of the circulating supply. Gold, for example, exists in large volumes in the form of jewelry, bullion and so on, but in much smaller volumes on the commodity market. A market that took into account all the mined gold on earth would have a totally different price. Because this jewelry and bullion are not traded on the market at all, they do not affect the supply-and-demand curve. The same applies to currency.

Inflation is the result of a loss of trust that an asset is able to store its value over a long period of time. Most goods in this world are finite, so every party aware of the raised supply but unsure of the monetary policy will automatically factor it into their prices. Inflation becomes a self-fulfilling prophecy.

Crypto as an inflation hedge is possible, but not in the current climate

Cryptocurrencies fail as an inflation hedge during times of high volatility and market uncertainty. That said, they generally excel in steady growth environments where they easily outperform the market and where the relatively small market capitalization compared with fiat currencies plays in their favor as a growth stock. Current solutions to the problem of usability aren’t sustainable due to their speculation-based nature and low transaction

Jarek Hirniak is the founder and CEO of Generation Lambda and a certified quant with more than 20 years of software development experience. He spent six years working on trading systems at Citadel Securities and UBS, where he developed a series of novel trading systems and trading-related software platforms while leading multidisciplinary teams.

The opinions expressed are the author’s alone and do not necessarily reflect the views of Cointelegraph. This article is for general information purposes and is not intended to be and should not be taken as legal or investment advice.