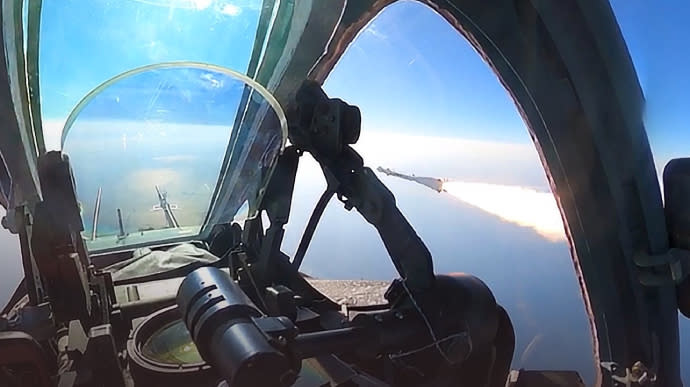 In Kherson, Ukrainian tactical aircraft have hit Russian air defence systems, as well as concentrations of Russian manpower and equipment in Novopetrivka and Olhyne.

Quote: “At noon, an enemy sabotage and reconnaissance group of about 10 people tried to conduct assault operations on the Dobropillia – Dobrianka axis. It was unsuccessful, and withdrew.

In other actions, the tactics of remote attacks and air strikes prevail.

For example, one missile and four air strikes have been carried out in one day alone.”

Details: In Mykolaiv, Russian forces fired 2 rockets using a Smerch multiple-launch rocket system. There were strikes on open surfaces outside the city. There are no casualties or damage.

Russian assault aircraft and helicopters worked along the line of contact. There were no losses on the Ukrainian side.

Ukrainian tactical aircraft hit enemy air defence systems in Kherson, a strong point in Novopetrivka and a concentration of Russian manpower and equipment there and in Olhyne.

Missile and artillery units of the Armed Forces of Ukraine have completed more than 250 fire missions.

Final Russian losses are being confirmed.

The destruction of the Antonivka and Darivskyi Bridges prevents them from being used for the movement of heavy equipment.

Journalists fight on their own frontline. Support Ukrainska Pravda!