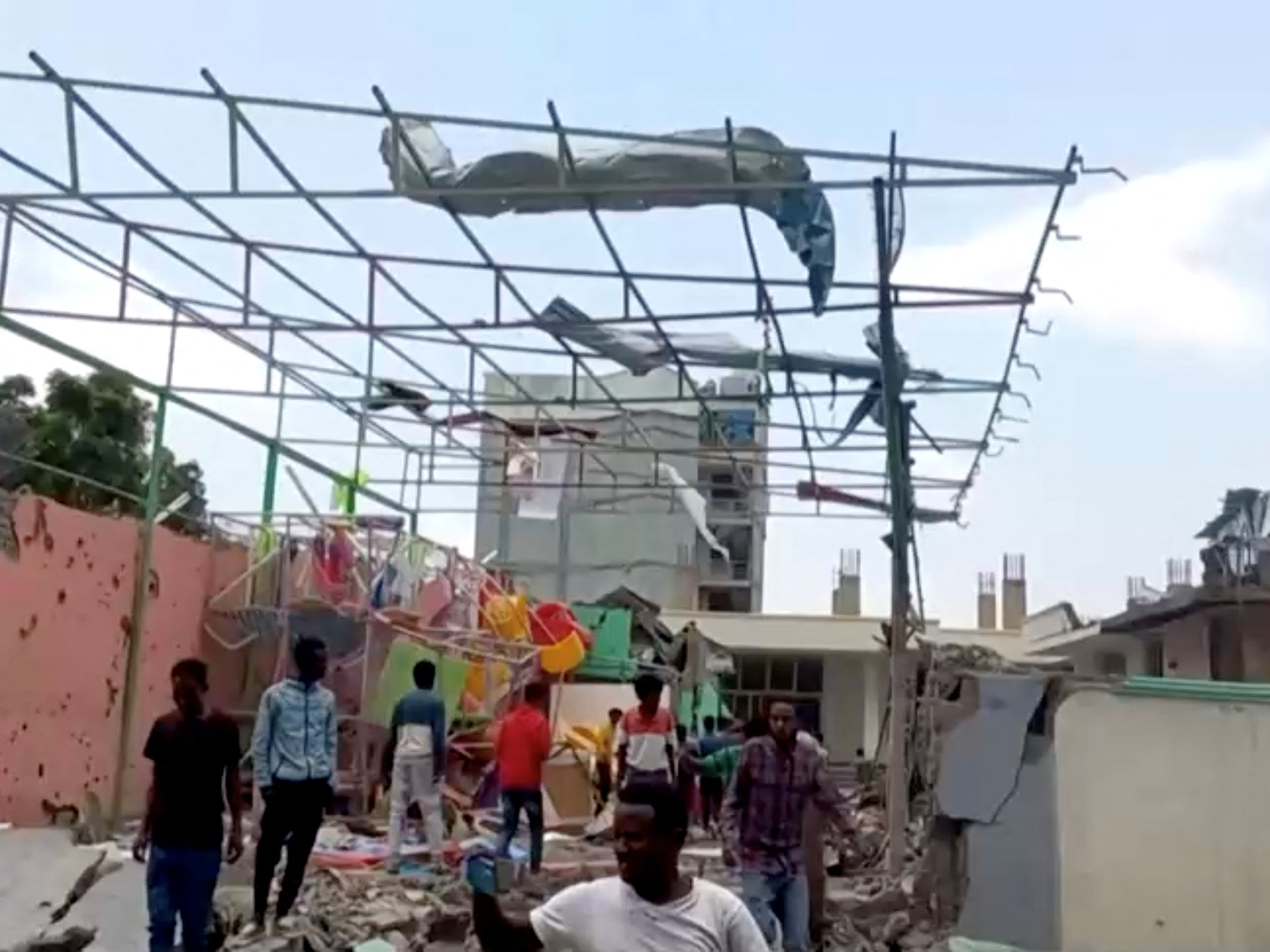 
The United Nations has condemned an air raid that “hit a kindergarten” in Ethiopia’s northern Tigray region, killing at least four people, including two children.

“The strike hit a kindergarten, killing several children, and injuring others. UNICEF calls on all parties to agree to an immediate cessation of hostilities,” she added.

“This vicious regime has outdone itself with today’s deliberate targeting of a children’s building,” they said in a statement.

“As we issue this statement, the mutilated bodies of the slain innocent children could be seen lying on the premises of the playground as well as sidewalks,” added the statement.

Tigray Television, controlled by the regional authorities, said the attack in Mekelle happened at about 09:40 GMT on Friday and blamed it on the federal government. No other military aircraft are known to operate in Ethiopian airspace.

Shortly after the attack, Stephane Dujarric, spokesman for UN Secretary-General Antonio Guterres, said he could not confirm the reports of civilian deaths from air strikes.

“It’s a very concerning development … This is a good opportunity to reaffirm the secretary-general’s call for a cessation of hostilities,” Dujarric told reporters.

Kibrom Gebreselassie, chief executive of Ayder hospital, said the bombing hit a children’s playground. It was not clear if there were any military facilities nearby.

Tigray Television quoted witnesses saying a kindergarten called Res Kids Paradise in the Tigrayan capital was struck in the attack. It aired graphic images of children and adults with dismembered bodies filmed in the aftermath on the ground being attended by medical personnel.

Both sides have blamed each other for breaking a four-month-old ceasefire between Prime Minister Abiy Ahmed’s government and the TPLF, the group that controls Tigray.

“Civilians are dead and injured” and a rescue operation was under way, said Kindeya Gebrehiwot, a TPLF spokesman, after Friday’s air raid.

Ethiopia’s Government Communication Service in a statement said the government will “take action targeting the military forces that are the source of the anti-peace sentiment of the Tigray People’s Liberation Front”.

“The Ethiopian Air Force is clearly reversing the attack launched against Ethiopia by targeting only military sites,” the Government Communication Service said.

“However, the terrorist TPLF has begun dumping fake body bags in civilian areas in order to claim that the Air Force attacked civilians.”