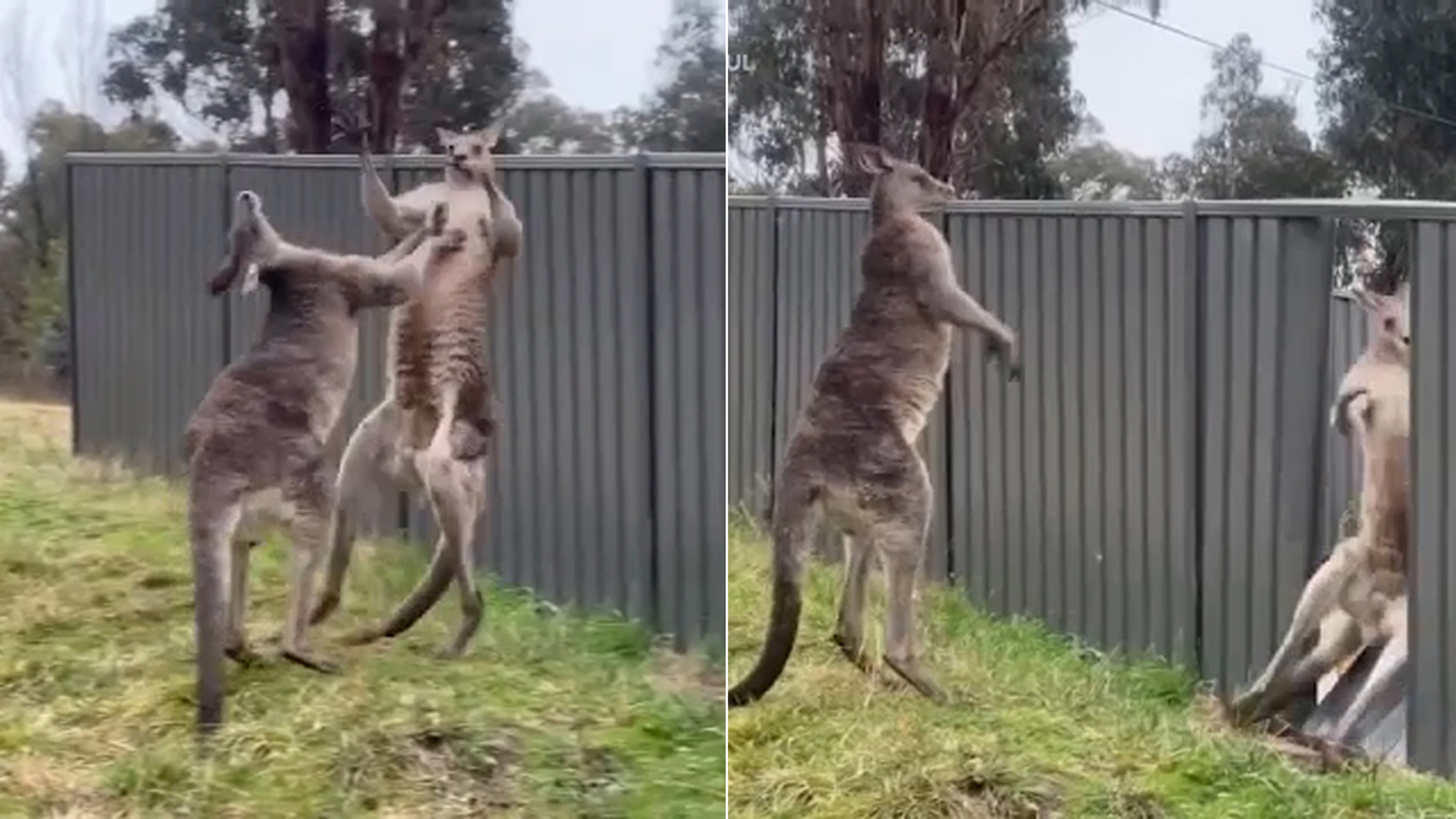 CANBERRA, Australia — Two kangaroos were caught on camera in an all-out battle that ended with one being thrown through a fence.

Julian Doak was out taking a lunchtime walk through the Mount Taylor Nature Reserve in Australia when he happened upon the sparring kangaroos. Naturally, he began filming the epic wrestling match.

“The two ‘roos were having a biffo in front of me and I thought it’d be funny to get a video for family overseas, to show them an average Aussie slice of life,” Doak told Storyful.

“Little did I know that it would escalate rapidly with one pushed through a fence,” he said.

Neither animal was seriously injured. The vanquished ‘roo was seen hopping down the road a short time after, nursing nothing but a bruised ego.