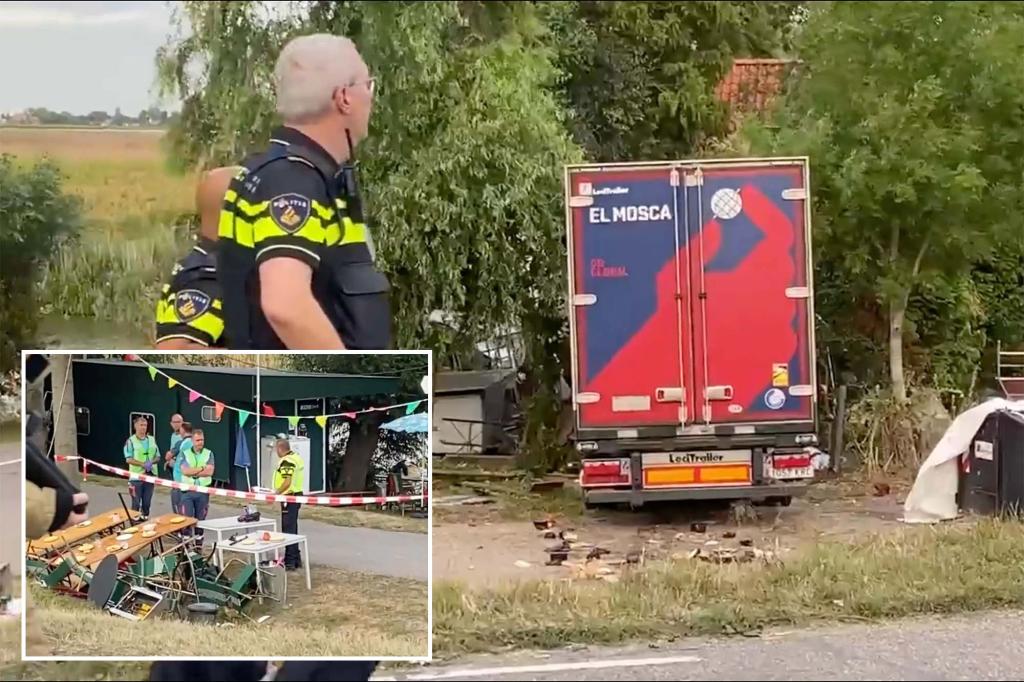 
At least three people are dead after a truck in the Netherlands plowed into a neighborhood barbecue just outside Rotterdam, police said Saturday.

The truck drove off the road in Nieuw Beijerland leading to the causalities, authorities said.

It’s unclear why the driver sped into the crowd.

“The investigation is in full swing,” Rotterdam police said in a tweet. “At the time of the collision, there was a neighborhood barbecue where many people were present.”

Several victims were taken to the hospital, cops added.

A video posted on social media by a local reporter from the scene show a commercial truck stopped against trees.

The driver has been taken in for questioning. The truck he was driving had a Spanish registration number, according to De Telegraaf.