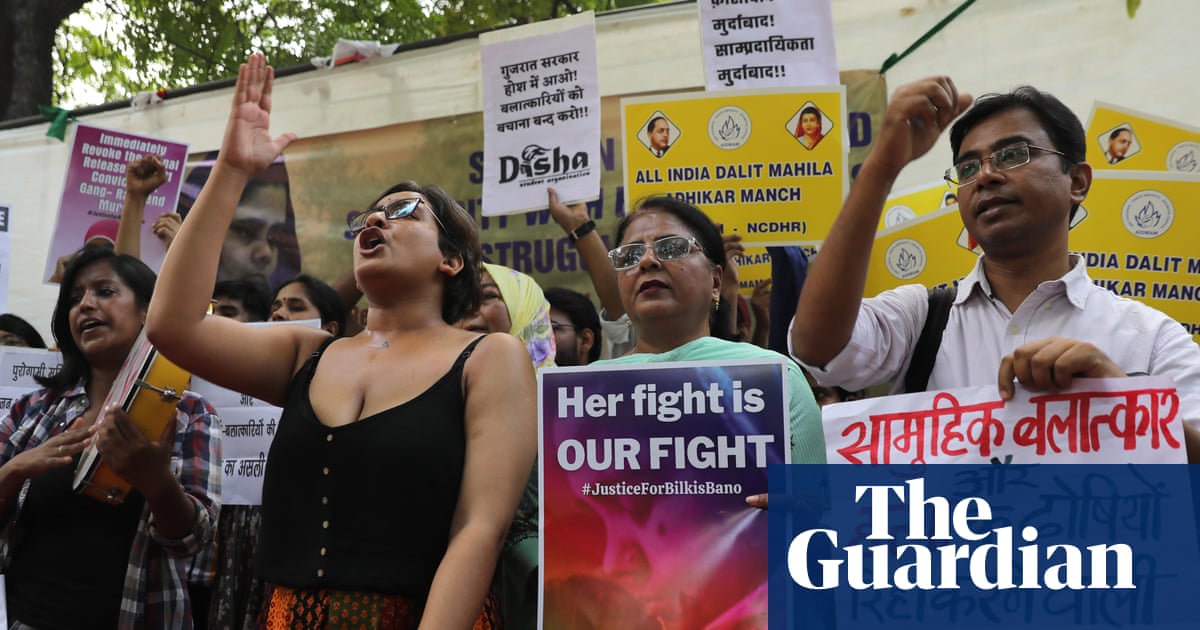 
Hundreds of people have held demonstrations in several parts of India to protest against a recent government decision to free 11 men who had been jailed for life for gang raping a Muslim woman during India’s 2002 religious riots.

The protesters in the country’s capital, New Delhi, chanted slogans on Saturday and demanded the government in the western state of Gujarat rescind the decision. They also sang songs in solidarity with the victim.

Similar protests were also held in several other states.

The 11 men, released on suspended sentences on 15 August, when India celebrated 75 years of independence, were convicted in 2008 of rape, murder and unlawful assembly.

The victim, now in her 40s, recently said the decision by the Gujarat state government had left her numb and shaken her faith in justice.

The victim was pregnant when she was gang raped during communal violence in 2002 in Gujarat, which saw over 1,000 people, mostly Muslims, killed in some of the worst religious riots India has experienced since its 1947 independence from Britain. Seven members of the woman’s family, including her three-year-old daughter, were also killed in the violence.

“The whole country should demand an answer directly from the prime minister of this country,” said Kavita Krishnan, a prominent activist.

Officials in Gujarat, where the Bharatiya Janata party of the prime minister, Narendra Modi, holds power, have said the convicts’ application for remission was granted because they had completed more than 14 years in jail. The men were eligible under a 1992 remission policy that was in effect at the time of their conviction, officials said.

A newer version of the policy adopted in 2014 by the federal government prohibits remission release for those convicted of certain crimes, including rape and murder.

The riots have long hounded Modi, who was Gujarat’s top elected official at the time, amid allegations that authorities allowed and even encouraged the bloodshed. Modi has repeatedly denied having any role and the supreme court has said it found no evidence to prosecute him.

Asiya Qureshi, a young protester in New Delhi, said she participated in the demonstrations to seek justice for the victim.

“Modi gave a speech on 15th August on the safety and protection of women of India and the same day they released the rapists,” she said. “How am I safe in such a climate?”