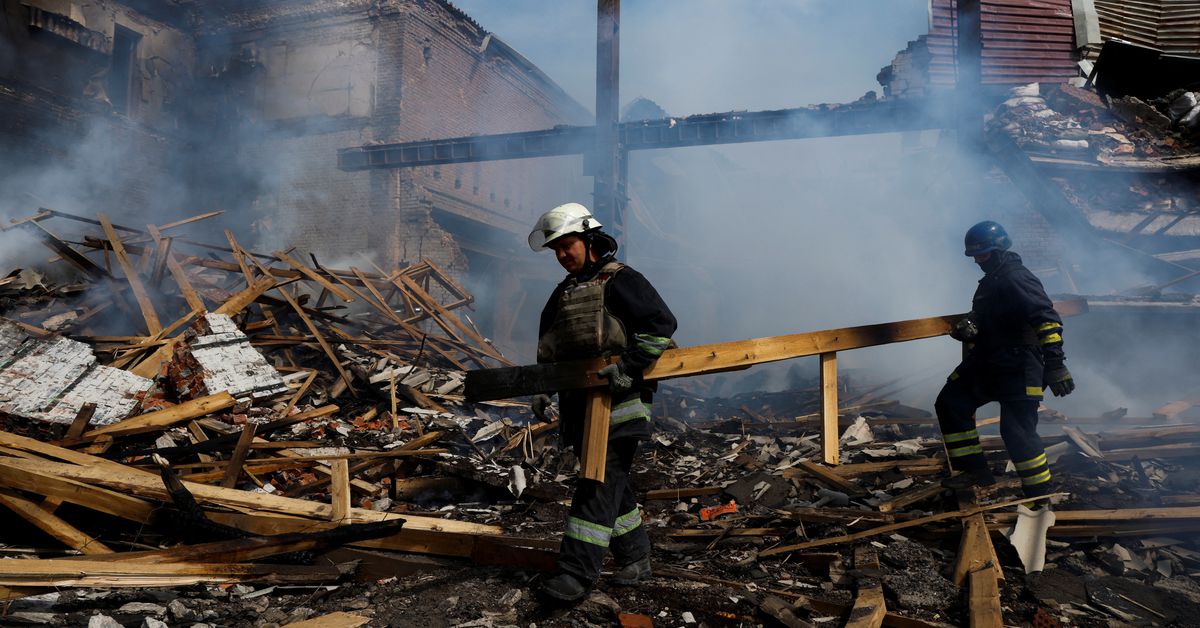 Ukrainian firefighters remove rubbles in a factory destroyed by a Russian strike in the city of Slovyansk, in war-affected area in eastern Ukraine, as Russia’s attack in Ukraine continues, in Donetsk region, Ukraine, August 27,2022. REUTERS/Ammar Awad

Aug 28 (Reuters) – Britain’s defence ministry said on Sunday it was not yet clear how Russia would achieve an announced large increase in its armed forces, but the boost was unlikely to substantially increase its combat power in Ukraine.

Russian President Vladimir Putin signed a decree last week to increase the size of Russia’s armed forces to 2.04 million from 1.9 million as the war in Ukraine enters its seventh month. read more

The UK defence ministry said in a regular update on the war that it was not clear if this would be achieved by recruiting more volunteers or by increasing conscription.

Either way it would likely not have a big impact on the war in Ukraine given “Russia has lost tens of thousands of troops; very few new contract servicemen are being recruited; and conscripts are technically not obliged to serve outside of Russian territory,” the ministry said on Twitter.

Reporting by Baranjot Kaur in Bengaluru
Editing by Frances Kerry