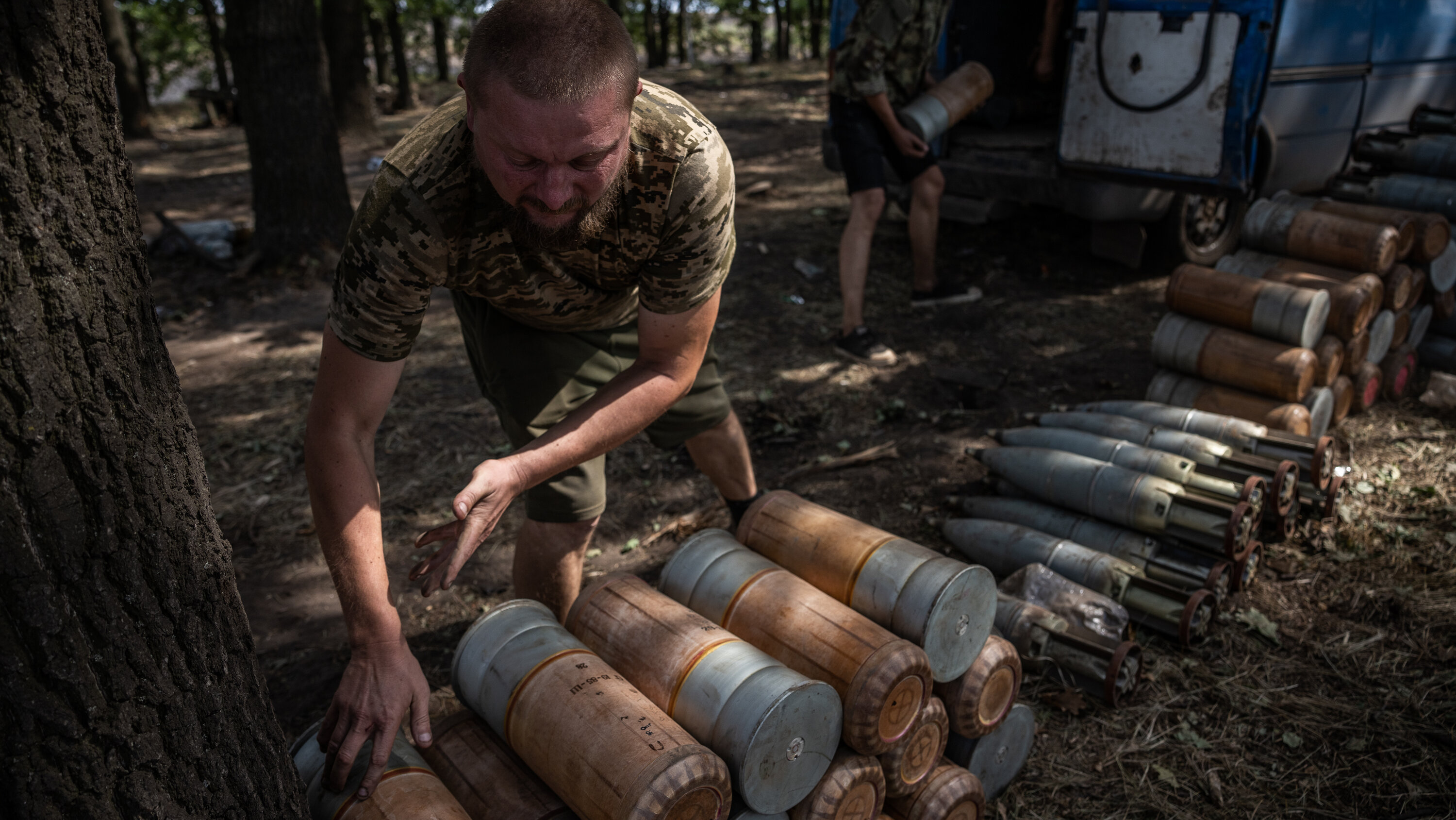 Reports of fighting all along the southern front suggested that neither side was pausing hostilities, even amid complex negotiations to allow for a team of scientists from the International Atomic Energy Agency to visit the Zaporizhzhia nuclear plant, which has been repeatedly damaged by recent shelling. The plant is controlled by the Russian military but operated by Ukrainian engineers.

Russian forces fired rocket artillery and howitzers overnight at the Ukraine-controlled town of Nikopol, across from the plant on the opposite side of the Dnipro River, which separates the two armies in the area, a local military official, Valentin Reznichenko, said. The strikes damaged several houses and cars and knocked out electricity for 1,500 residents, he said in a post on the Telegram social networking site.

In a separate assault on the town, Russian helicopters fired rockets, according to the Ukrainian military, which reported damage to a house but no casualties.

The Russian Defense Ministry said its Air Force had hit Ukrainian workshops where helicopters were being repaired in the surrounding Zaporizka region, according to the Russian state news agency RIA Novosti. The claim could not be independently verified.

Artillery shells have already hit the Zaporizhzhia nuclear plant, damaging auxiliary equipment and power lines but not the reactors. The strikes — for which each side blames the other — have stirred fears of a radiation release if combat rages on in this area, an expanse of farm fields along the banks of the Dnipro.

After fighting severed one high-tension electrical line last week, operators in the control rooms implemented emergency procedures to cool the reactor cores with pumps powered by diesel generators. The electrical line has since been repaired.

In a sign of mounting worry over a possible radiation release in a country still haunted by the 1986 Chernobyl disaster, a Ukrainian official announced on Saturday that the government would distribute a drug, potassium iodide, that can protect against some radiation poisoning, to people within 35 miles of the plant.

Plant employees and outside experts say an artillery strike would not penetrate the yard-thick reinforced concrete of the containment vessels over the sites’ six reactors, but could damage the reactors’ complex supporting equipment or spark fires that could burn out of control. Artillery strikes could also breach less robust containers used to store spent nuclear fuel.

Ukrainian forces also reported striking targets behind Russian lines in occupied areas of southern Ukraine. The Ukrainian military claimed to have hit two Russian ammunition dumps in Kherson Province. Retaking the city of Kherson is a goal of a long-planned Ukrainian counteroffensive in the south where the nuclear plant, used as a fortress by the Russian army, is a potential obstacle to Ukrainian advances.

On the east bank of the Dnipro, a massive explosion early on Sunday shook windows and caused plaster to rain down from ceilings in the Russia-controlled city of Melitopol, according to the city’s exiled Ukrainian mayor, Ivan Fedorov.

Mr. Fedorov said the explosion had destroyed a Russian military base, although the claim could not be verified. Melitopol is a center of activity for Ukrainian saboteurs, known as partisans. It was not immediately clear whether the explosion was the result of a partisan attack or a long-range strike from Ukraine-controlled territory on the other side of the front line.