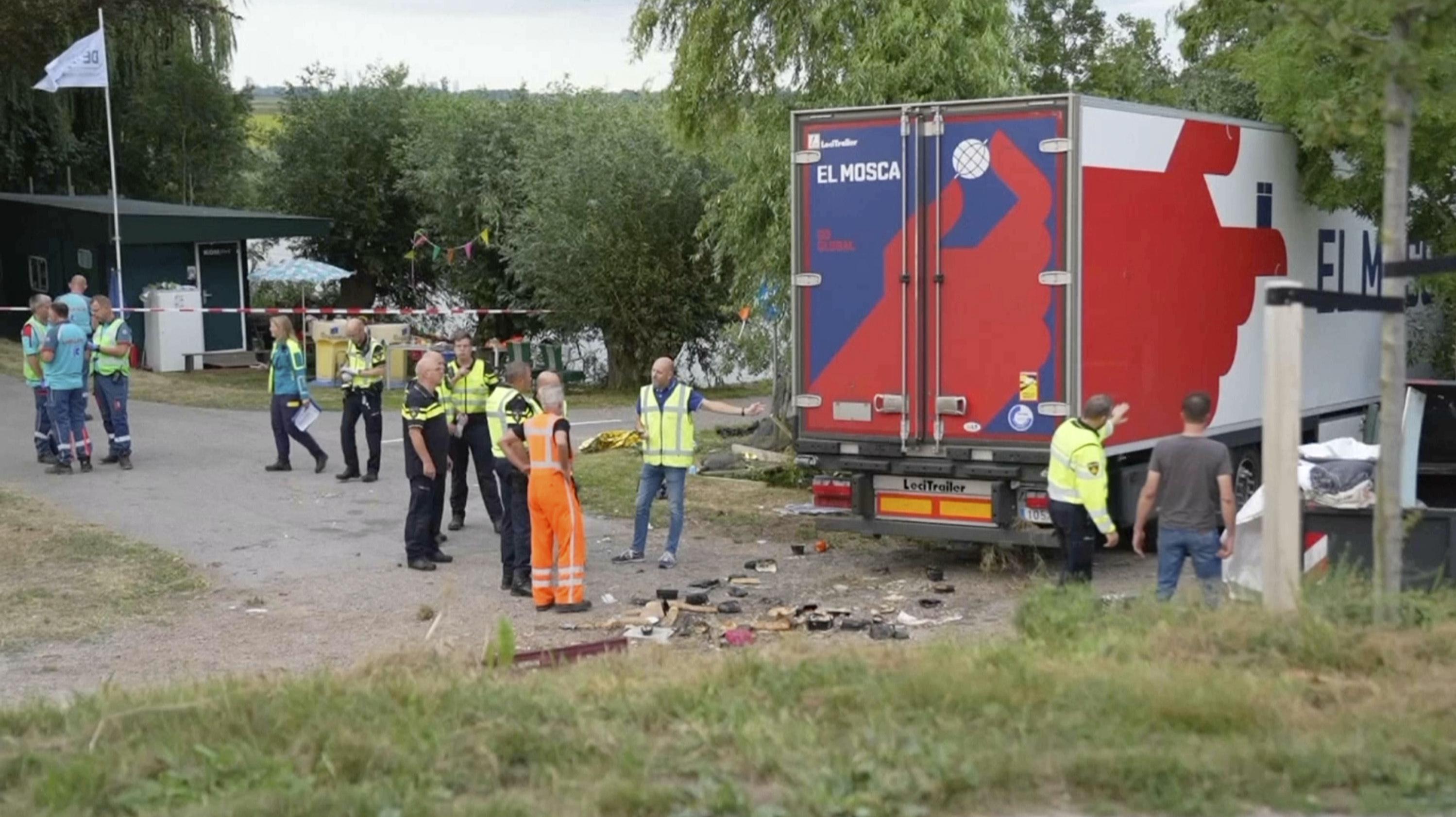 
THE HAGUE, Netherlands (AP) — The death toll from an accident when a truck drove off a dike and slammed into a community barbecue in a village south of Rotterdam rose to six Sunday and police said a further seven people are in hospital, including one in critical condition.

Three men and three women were killed, ranging in age from 28 to 75, police said.

Police spokeswoman Mirjam Boers said the truck driver, a 46-year-old Spanish man, is suspected of causing the accident that happened early Saturday evening in the village of Nieuw-Beijerland. His identity was not released, in line with Dutch privacy laws.

The large truck the man was driving left a small rural road and careered down the bank of the dike and plowed into the village gathering. Boers said the driver was not under the influence of alcohol at the time of the crash.

“We are investigating what could have happened,” Boers said.

Dutch King Willem-Alexander and Queen Maxima said in a tweet that they were shocked by the accident that they said caused “an unimaginable sadness in this close-knit community. The affected families are in our thoughts and we wish the injured strength on their way to as good a recovery as possible.”

Forensic investigators worked into the night Saturday around the truck where it stopped at the bottom of the dike. Later, a crane and a tow truck hauled it back onto the road.

Photos of the scene showed bunting hanging between trees and chairs scattered around trestle tables with plates still on them.

Prime Minister Mark Rutte also expressed sorrow in a tweet, saying, “My thoughts go out to the victims and next of kin of this terrible drama. I wish them much strength.”

“My condolences go out to the victims, their families, eyewitnesses and first responders,” he said in a statement.

He added that he had spoken to many of the people at the scene and expressed “appreciation for the way in which people are there for each other.”

Marjorie Taylor Greene defends heckling Biden during SOTU: ‘I was honored to call him the liar that he is’