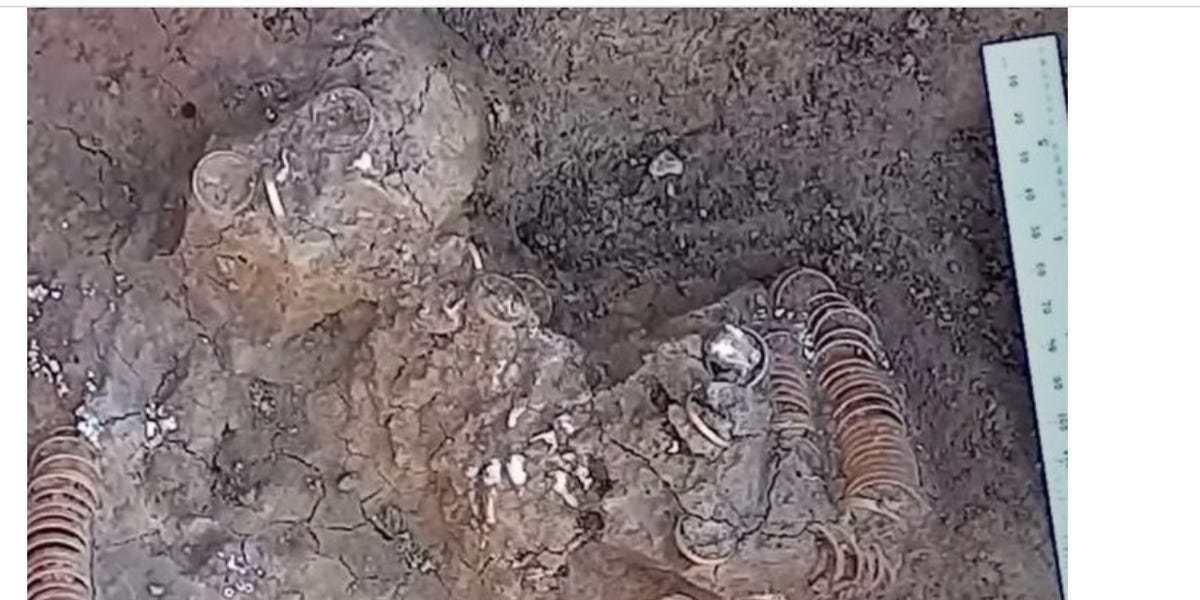 
Archaeologists in Romania have discovered an extraordinary cache of ancient gold rings that a 6,500-year-old woman wore in her hair.

The trove in a Copper Age grave includes 169 gold rings, 800 bone beads, and an ornate spiraled copper bracelet discovered by a team from the Ţării Crişurilor museum in Oradea, Romania.

The jewelry was laid to rest alongside a burial of an “extremely rich” woman, museum director Gabriel Moisa said, Romanian outlet Agerpres reports.

Archaeologists identified the remains as belonging to a woman based on the size of the skeleton and the fact that it was buried with no weapons. The skeleton also indicated she was tall and well-fed, and the good condition of her teeth provided more evidence she enjoyed elite status.

The finds date back 6,500 years to the Copper Age. Călin Ghemiș, the lead archaeologist on the project, described the finds as a “phenomenal discovery,” saying “such a treasure no longer exists in central and eastern Europe,” per artnet news.

The museum wants to learn more about the woman with whom the treasures were buried. The bones have been sent to laboratories in Marosvásárhely and Holland for carbon dating and DNA testing.

“We want to find out what kind of culture the person belonged to, and also whether the rings were made of gold from the Transylvanian Archipelago,” Moisa said.

The team’s excavations took place from March to June 2022.

As well as the incredible discovery of the Copper Age burial, other excavations along the route of a new highway under construction in Romania have found remains from the Neolithic period, Bronze Age, the Roman Empire, and Medieval epoch, according to a post on the museum’s Facebook.

HORROR: Grandmother Charged With Murder In Beating Death of Her 8-Year-Old Granddaughter