Foreign businesses want out of China. Breaking up is tough – Los Angeles Times

Foreign businesses want out of China. Breaking up is tough – Los Angeles Times 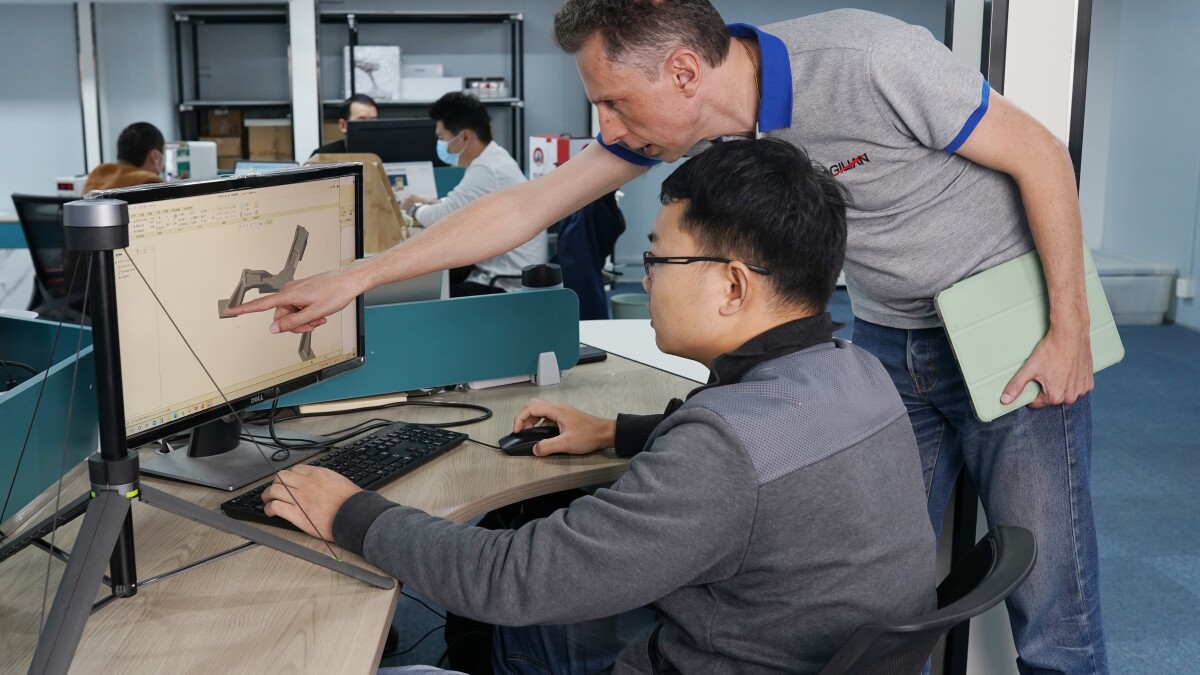 In 2018, Fabien Gaussorgues realized that what had once been an asset for his manufacturing firm — producing 100% of its electronics and consumer goods in China — was fast becoming a headache.

Then-President Trump had begun levying tariffs on Chinese products, kicking off further measures between the U.S. and Chinese counterparts as businesses scrambled to offset the financial impact. Though other options seemed plentiful on paper — Vietnam, Thailand, Malaysia, Indonesia, the Philippines — Gaussorgues found that relocating production would not prove easy.

Four years later, his company, Agilian Technology, which designs, produces and distributes goods for overseas clients, remains wholly reliant on its factory in southern China. Yet the impetus for departing what has long been considered the bedrock of global manufacturing has only escalated.

Multinational companies are facing a slew of fresh challenges doing business in China because of the ever-deteriorating U.S.-China relationship, enduring pandemic restrictions and the specter of war with Taiwan.

“It was not necessarily a strong strategy before but more like, let’s see how it goes,” said Gaussorgues, 51, who founded Agilian, whose parent company is based in Hong Kong, five years ago. “Now it’s something like, we have to do it. That’s a big difference.”

President Xi Jinping’s tough zero-COVID policy has had a particularly strong effect, keeping foreign workers out of China for the last two years and locking down entire cities and industrial hubs for months at a time. Russia’s invasion of Ukraine, meanwhile, has underscored the financial risks to war and sanctions, should China pursue its territorial claim over Taiwan with a similar attack on the democratically ruled island.

As more foreign companies eye the exits, China stands to lose an integral part of its domestic economy and booming export market. At the same time, the lessons of the last few years have made clear that there’s no silver bullet to curtailing the world’s dependency on China.

“Companies don’t want to do this,” said Michael Walsh, a partner at the law firm Foley & Lardner and a former Commerce Department chief of staff. “It is truly challenging, and I think that the push may have fallen by the wayside if it were not for the Russian invasion.”

Given the obstacles against going cold turkey, many companies have sought to supplement Chinese production rather than leave the country altogether. Tech giants Samsung and Apple are among the firms that have shifted portions of their production out of China in recent years, seeking cost savings in places like Vietnam and India.

Though Gaussorgues doesn’t have plans to shut down his 200-employee operation in China, geopolitical jitters hastened his search for alternative manufacturing bases as customers have fretted over the potential effects of military conflict with Taiwan. “They are very, very worried,” he said.

In 2019, he began assessing the possibility of moving some manufacturing capabilities to Vietnam. The company hired freelancers, visited factories, initiated marketing and proceeded to staff a full-time team. But he abandoned the plan eight months later after price increases for about half of the company’s projects upset his customers. Product development also took longer — one prototype that would have been completed in three weeks in China required six months in Vietnam.

A review of other countries in Southeast Asia proved even less fruitful, he said. Though Thailand offered relocation incentives and a promising quality of life for foreigners, he worried about local corruption and the availability of components. The Philippines, Malaysia and Indonesia were too close for comfort to the South China Sea, another geopolitical hot spot, he decided.

By late 2020, Gaussorgues turned farther afield — to India. The local electronics and automotive ecosystem offered lower manufacturing costs and easy access to parts. It shares a border with China but is not likely to be the center of any major conflict. In December, he started hiring personnel in Chennai and Hubbali. With five employees so far, he aims to start assembly work next year, and hopes to host the majority of manufacturing there after five years.

“For risk management, this is probably the safest,” he said. “It will take a lot of work to make it grow.”

Consultants and lawyers said the path out of China is rife with hurdles and can often take years, though companies are rarely willing to discuss it publicly because of political sensitivities. The task has become even trickier as alternatives such as Vietnam have struggled to keep up with demand and the war in Ukraine has ruled out possibilities in Eastern Europe.

“Every single one of our clients would like to stop manufacturing in China, and people say, ‘Why don’t they?’” said Dan Harris, a founder of the law firm Harris Bricken, which advises American companies on doing business overseas. “There’s a million reasons why it’s just not that easy.”

Though most crucial supplies are readily available in China, including semiconductors, zippers and shoelace rings, importing such materials to facilities outside China can drive up costs. Labor shortages and strained resources have also put upward pressure on prices, as the turn away from China has driven demand elsewhere. Even more worrisome than the bottom line for some companies is the possibility that supply-chain snarls in untested new facilities will keep them from delivering the final products.

Daniel Karlsson, founder of Asia Perspective, a consulting firm for European businesses in China, said a handful of clients had given up plans to diversify operations after running into complications.

“We have seen a lot of clients that have the business plan, and when they start the implementation they see the difficulties and cost increases, especially for consumer goods,” Karlsson said. “On the high level, people have made a decision. But on the low level, there’s a lot of chaos.”

For companies catering to Chinese consumers, there’s still no better option than to be based in the country. Those that rely on low-cost, high-volume manufacturing have also benefited greatly from China’s logistics and infrastructure and are loath to give that up even in the face of rising uncertainty.

Looking back, Gaussorgues reckons his arrival in China 12 years ago came during a “golden age,” the country emerging as the world’s second-largest economy with business opportunities too good to pass up. Foreigners received a warm welcome at the time, he said, and new hires were enthusiastic about China as well.

Now, the country’s economic growth has plateaued, faltering even more drastically this year under Xi’s zero-COVID policy. Many expatriates have departed, while in China fervent nationalism and suspicion over foreign influences have grown.

In a June survey, the American Chamber of Commerce in China reported that 44% of respondents said they decreased or delayed investment in China as a result of the COVID strictures. One in 10 said if the restrictions continued for another year, it would prompt them to move operations out of China. Another survey released that month by the European Union Chamber of Commerce in China showed nearly 1 in 4 companies thinking of shifting current or planned investments elsewhere because of the lockdowns.

Though there’s little indication that Xi will abandon zero-COVID in the near term, officials are cognizant of the need to reinstill faith. In a conference call this month, Vice Premier Hu Chunhua emphasized the development of foreign investment and support of foreign businesses, according to a release from China’s Ministry of Commerce. Government bureaus are also courting foreign workers with added perks and tax exemptions.

“China will still be very interested in remaining the world’s factory floor because it is very competitive,” said Eric Zheng, president of the American Chamber of Commerce in Shanghai. “Many local governments are very proactively going after multinational companies to see what they can do to help.”

Even as Agilian has committed to investing more in India, Gaussorgues knows that it won’t be a perfect substitution. Hiring stable workers has been difficult, and delivery timelines from suppliers have been tougher to pin down. Though locally sourced products have the potential to be made cheaper than in China, the facilities will still need to import many electronic parts.

“We don’t know how to fix that yet,” Gaussorgues said. “I don’t know if that’s something where we don’t use any components from China, but some of that is impossible.”