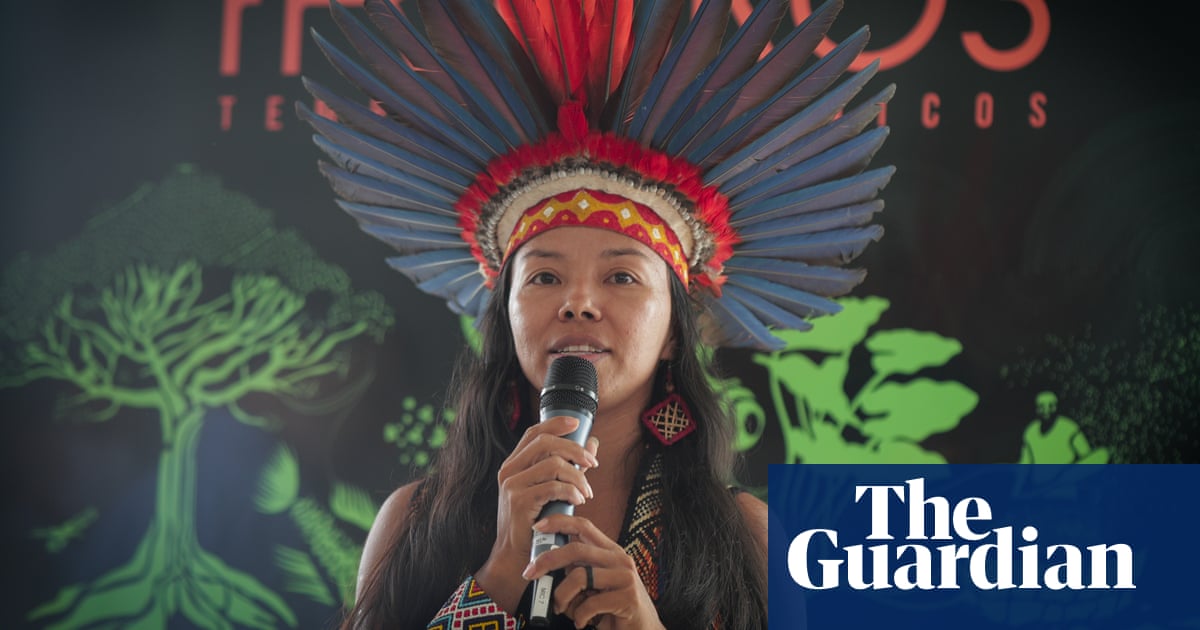 
As the first wave of Covid infections ravaged Manaus in Brazil – forcing residents to bury their loved ones in mass graves – Vanda Ortega Witoto toiled away in minimal protective equipment, trying to keep the virus at bay in the Amazon city’s long-neglected Indigenous neighbourhood.

When the ambulance service refused to send out a vehicle to the area – which had no healthcare infrastructure nor running water – the nurse technician, who goes simply by Vanda, drove the Covid patient to hospital herself.

“Our people received no assistance, especially in the Amazon,” said Vanda, who tirelessly provided help, hope and reassurance to her community throughout a pandemic that twice brought the riverside city to its knees. “This neglect of our peoples doesn’t date from the pandemic. The pandemic just intensified the state’s absence and negligence,” she adds.

It was the criminally negligent official response to Covid that convinced 35-year-old Vanda to run for federal deputy in this year’s congressional elections. If she is successful, she will be the first Indigenous Brazilian to win office in a general election in Amazonas, which is home to the largest native population in the country.

Vanda is part of a concerted effort to increase Indigenous representation in politics, at a time when Brazil’s native population is suffering a historic assault on its rights.

Attacks on Indigenous people and their land have escalated under President Jair Bolsonaro, who has dismantled Indigenous protection frameworks and emboldened land grabbers and other criminals. It was while documenting this persecution that the Indigenous expert Bruno Pereira and the British journalist Dom Phillips were murdered in June.

A record 181 candidates who self-identify as Indigenous are registered to take part in Brazil’s 2 October general election – a 36% increase in four years. Most of them are running for state or federal deputy, and many are entering politics for the first time.

Until now, Brazil has elected just two Indigenous representatives to congress: Mário Juruna, from the Xavante people, in 1982 and Joênia Wapichana, from the Amazonian state of Roraima, in 2018.

“We don’t participate in decision-making spheres because this state has always said that they are no place for Indigenous people, no place for women. But I have come to understand that it is exactly where we belong,” says Vanda. “It is our right to occupy these spaces because our absence results in us losing access to public policies.”

Kleber Karipuna, an executive coordinator of the Articulation of Indigenous Peoples of Brazil (APIB), the country’s largest Indigenous organisation, says that Wapichana’s work defending Indigenous issues in congress convinced the Indigenous movement of the importance of increasing its representation in political spheres.

APIB has launched a campaign to elect a “headdress caucus” in state and federal legislatures that will fight back against a destructive agenda pushed by the powerful rural lobby.

“We understand today that political representation is essential to guarantee not just the rights, but the continued existence of Indigenous peoples,” says Samara Pataxó, a member of the Pataxó people in Bahia state and the first Indigenous woman to work in the superior electoral court’s centre for diversity and inclusion.

If elected, Vanda says she will represent all Indigenous Brazilians in congress. As well as the protection of Indigenous rights, she has called for better education and healthcare infrastructure; policies targeting all under-represented groups; the economic empowerment of women; and the sustainable development of the Amazon, where deforestation has soared on Bolsonaro’s watch.

“Who better to defend the Amazon than those who live there,” she said.

Political representation is also about reclaiming Brazil’s Indigenous identity – just 0.5% of Brazilians identified as Indigenous in the 2010 census.

“There is a historical violence of erasing the identity of our peoples in this country,” said Vanda, who hopes to see this figure rise when the results of the latest census are released later this year.

She was born in a village in Alto Rio Solimões, 900km (559 miles) west of Manaus deep in the Amazon. But her family left the community when she was still a child, and it was only as a young adult that she reconnected with her Indigenous roots and the culture of her Witoto people, who originally hail from Colombia.

Today, Vanda campaigns in Indigenous dress, proudly displaying traditional Witoto face paint. “I have been wearing paint from the land of my ancestors in Colombia, that represents the scorpion’s tail. The scorpion provides protection and is a symbol of strength. I wear this paint on my political journey in the face of the challenge,” she explains.

It is a challenge that is not to be underestimated. The state of Amazonas in 2018 voted for Bolsonaro – albeit by a razor-thin margin – and elected eight men to congress, four of whom are members of the anti-Indigenous agribusiness lobby. Amid a caustic campaign that could turn violent, APIB is concerned for the security of Indigenous candidates.

Yet Vanda is heartened by the support she has received and optimistic about her chances of victory, which will require appealing to the non-Indigenous electorate too. “We want the whole of society to look at these Indigenous candidates as a ray of light in these decision-making spaces,” she says.

Karipuna, the APIB leader, echoes this. “Voting for Indigenous candidates is a vote to guarantee the survival of humanity.”