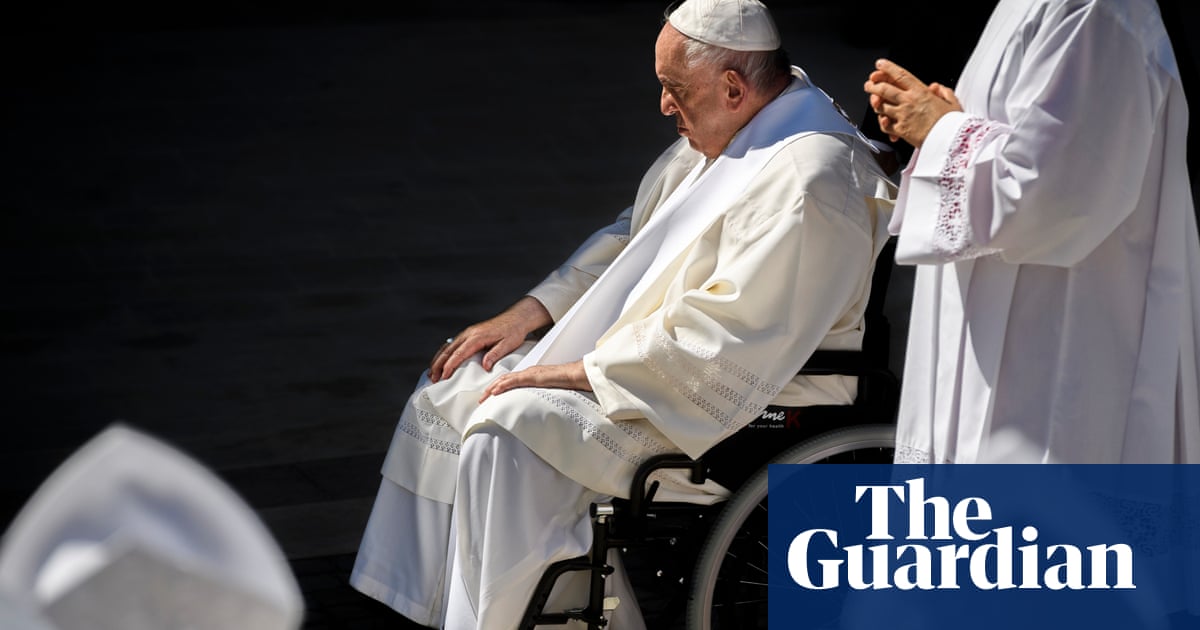 
Pope Francis, who has raised the possibility of retiring for reasons of declining health, has praised the humility of a 13th-century pontiff who was one of the few in history to step down rather than rule for life.

The announcement of the visit by the head of the Roman Catholic church to L’Aquila, in the central Apennine mountains, had fuelled speculation of a possible resignation announcement after 20 new cardinals were inducted this weekend.

The town was largely destroyed by a 2009 earthquake that killed 305 people and is still being rebuilt. It is the burial place of Celestine V, who resigned as pope in 1294 after only five months to return to his life as a hermit.

In his homily during a mass for thousands of people in a town square, Francis noted that in the Divine Comedy Dante had ridiculed Celestine for cowardice in abdicating his papal role, referring to the decision as “the Great Refusal”.

Francis, who suffers from a painful knee problem and sciatica, arrived at the town’s basilica to pray at Celestine’s tomb in a wheelchair and was helped to stand by aides. He said that by relinquishing power, Celestine had shown the strength of humility.

“In the eyes of men, the humble are seen as weak and losers, but in reality, they are the real winners because they are the only ones who trust completely in the Lord and know His will,” the 85-year-old pope said.

“Humility does not consist in devaluing oneself, but rather in that healthy realism that makes us recognise our potential and also our misery,” Francis said. He hailed Celestine’s courage because “no logic of power was able to imprison or manage him”.

Francis’s predecessor, Benedict XVI, who in 2013 became the first pontiff in about 600 years to resign willingly, visited L’Aquila four years before stepping down. In the past, Francis has also praised Benedict’s courage.

Francis has dismissed rumours that he plans to resign any time soon himself, but also insisted that resignation must be an acceptable option for pontiffs who feel they no longer can adequately lead the world’s more than 1.3 billion Catholics.

He described how the helicopter that flew him to L’Aquila on Sunday had to circle above the town because of heavy fog before finally finding a gap, saying it showed how people should take advantage of an “opening” when it presents itself.

Sixteen of the cardinals inducted on Saturday would be eligible for the conclave of those who would be called on to pick Francis’s successor – who according to the Vatican’s rules must be aged under 80 at the time of the vote – if he were to resign.

The new cardinals come from all corners of the globe including Brazil, Nigeria, Singapore and Timor-Leste.

The inductions mean Francis has chosen 83 out of the 132 cardinals qualified to elect a new pope, nearly two-thirds of the total and precisely the percentage needed for any proposed name to pass.