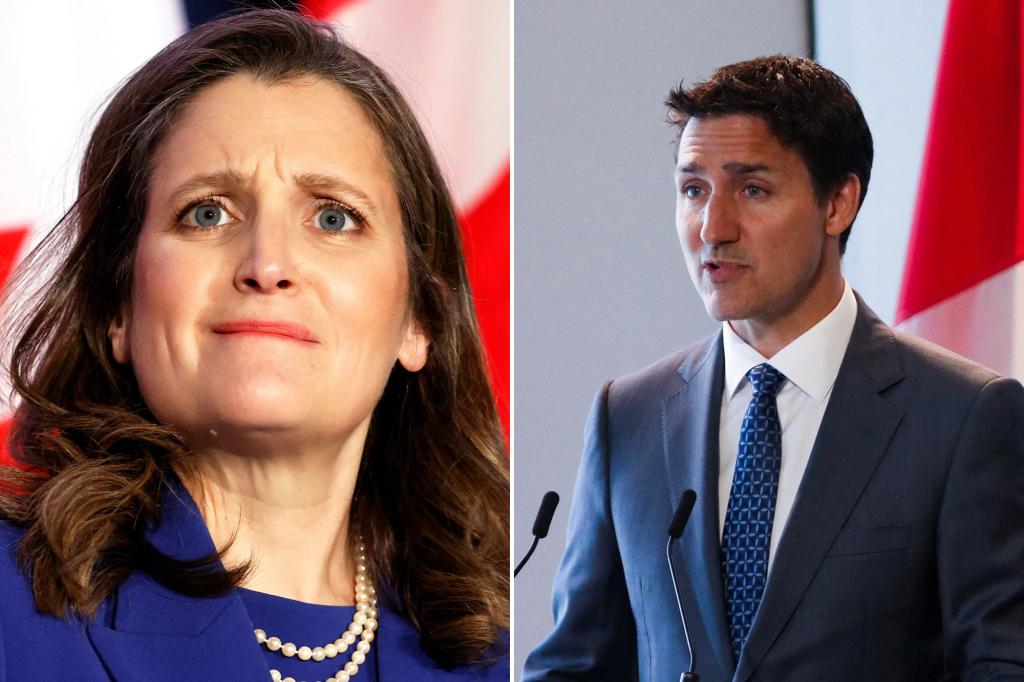 
Canadian Prime Minister Justin Trudeau on Sunday condemned an abusive verbal attack on his deputy prime minister and finance minister, Chrystia Freeland, which he described as an “extremely disturbing harassment” that was not an isolated incident.

“We are seeing increasingly people in public life and people in positions of responsibility, particularly women, racialized Canadians, people of minority or different community groups, being targeted almost because of the increasing strength of your voices,” Trudeau said in an address on Sunday.

In the video of the incident shared on Twitter late on Friday, Freeland was approaching the elevator of a city hall building in Grande Prairie, Alberta, when one man shouted at her.

“What the f-ck are you doing in Alberta?” the man said as Freeland walked toward and into the elevator. He also called her a “traitor” and a “f-cking b-tch.” The video had hundreds of thousands of views.

Freeland was born in Alberta and was on a tour of the province to meet with officials, businesses and workers.

She acknowledged the incident in a tweet on Saturday. “What happened yesterday was wrong. Nobody, anywhere, should have to put up with threats and intimidation,” Freeland wrote on Twitter.

The incident was the latest among a series of verbal attacks against women in public life in Canada, including activists and journalists.

A group of reporters for weeks have been publicly sharing a series of private and anonymous emails that they have received and which contain targeted threats of violence and sexual assault, along with racist and misogynistic language.