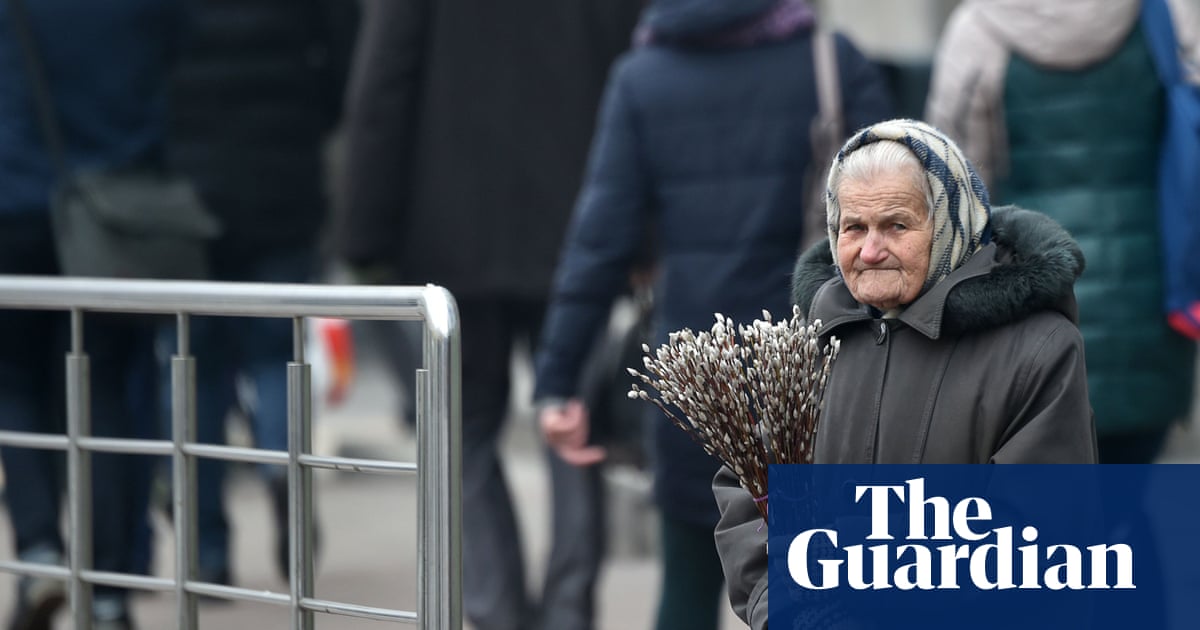 
Ukrainians are likely to experience the coldest winter in decades, its gas chief has said, as the thermostats on its Soviet-era centralised heating systems are set to be switched on later and turned down.

Yurii Vitrenko, the head of the state gas company Naftogaz, said indoor temperatures would be set at between 17 and 18C, about four degrees lower than normal, and he advised people to stock up on blankets and warm clothes for when outdoor temperatures fall to and beyond the -10C winter average.

“Heating season”, the period when the central heating is on, will come later and end earlier, said Vitrenko.

The target depends on Ukraine’s international allies giving it the necessary funds to import 4bn cubic metres-worth of gas, as well as no wildcards playing out – such as Russia destroying gas infrastructure or further decreasing its gas supplies to Europe.

“Without the [western] financial support we will lack gas and it will mean we’ll have really high risks for the power system [going] down,” Vitrenko said. He described how Naftogaz backed up some of Ukraine’s power companies with gas in March when coal supplies were halted by the war. “[Otherwise] there would have been no electricity,” he said.

“[Without the gas imports], there will be blackouts in big parts of Ukraine,” Vitrenko said. “In terms of heating, if we don’t have this 2bn cbm of gas, then it will mean some of the households will not get enough heating … so it will be really too cold.”

Ukraine produces about 60% of the gas it needs domestically and imports the rest from its European Union neighbours at market prices. The country stopped buying gas from Russia directly in 2014, though it still consumes much of the same Russian gas that comes via pipelines through Ukraine from EU suppliers.

This roundabout system was devised to stop Russia from using gas as a tool to influence Ukraine. Gas contracts between Russia and Ukraine were a longstanding source of grand corruption, with Ukrainian politicians and oligarchs allowing Russia to hold sway in the country’s internal affairs in exchange for cheap gas.

Ukraine needs about $10bn to import gas. Vitrenko said he thought its allies understood the need but he could not be confident Ukraine would get the funds because “it’s very difficult to be confident during a war”.

The current calculus could change, however, if, for instance, Russia targets any of Ukraine’s critical gas infrastructure, power plants or gas production facilities. About 50% of Ukraine’s gas fields are in the Kharkiv region, four miles from the frontlines. If it or Ukraine’s storage facilities were to be damaged, Ukraine would need to import more gas.

Another much talked-about risk is if Russia decides to further decrease gas supplies to the EU, making the cost of gas even more expensive. Russia cut supplies to the EU earlier this year, dramatically raising gas and electricity prices in some countries, including the UK.

“The world is experiencing the first truly global energy crisis in history,” Fatih Birol, the executive director of the International Energy Agency, wrote last month. “The situation is especially perilous in Europe, which is at the epicentre of the energy market turmoil.”

Ukraine’s state gas company defaulted on creditors in July, saying the war had left many of its customers unable to pay their bills. Normally, said Vitrenko, Ukraine’s state gas company would buy gas from the EU and sell it on for a profit. But given soaring prices and the endemic unemployment caused by the war, Ukraine will need to subsidise energy prices this year.

Russia has targeted critical energy infrastructure since February, including oil refineries and power stations. In the event that it targets gas infrastructure or gas production facilities, Ukraine is preparing emergency kits that could service up to 200,000 people, including mobile boilers, mobile heating units and diesel power generators.

“If a big city like Kyiv or Kharkiv [is cut off], of course, [the kits] won’t be enough, but in some small towns these emergency kits will make a difference,” Vitrenko said. “It all depends on the scale of the damage.”