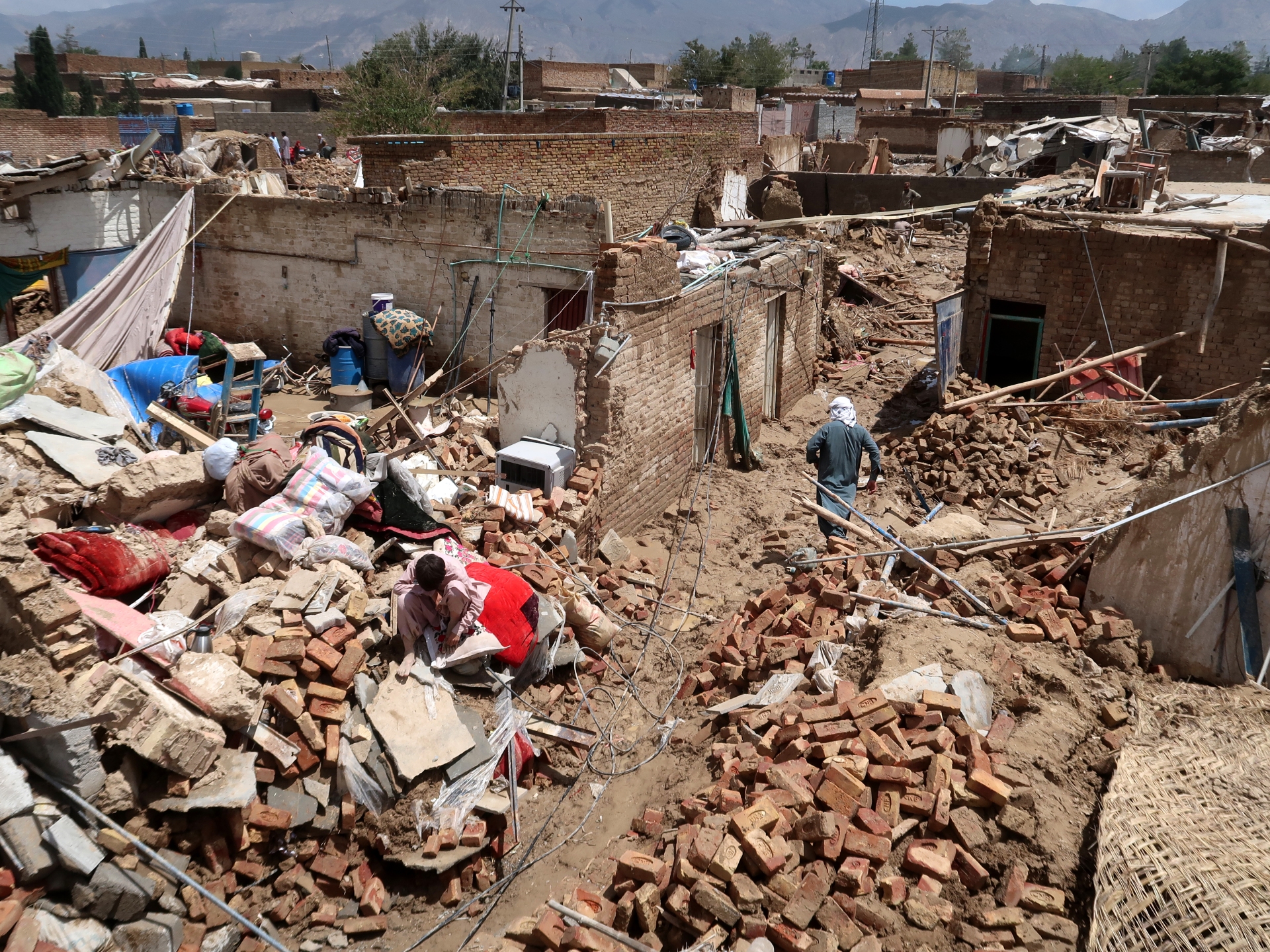 
The death toll from ravaging monsoon floods in Pakistan crossed 1,000 as several countries, including Qatar and Iran, pledged emergency support in the wake of a deluge described as a “humanitarian disaster of epic proportions”.

The toll since June has reached 1,033 with 119 people dying in the last 24 hours, the National Disaster Management Authority (NDMA) said on Sunday.

It warned of “very high” level flooding in some areas alongside the Kabul and Indus Rivers, particularly in Nowshera in Khyber Pakhtunkhwa (KP) province and Kalabagh and Chashma in Punjab province.

The annual monsoon is essential for irrigating crops and replenishing lakes and dams across the Indian subcontinent, but each year it also brings a wave of destruction. This year, precipitation in some regions was 600 percent higher than average.

Sherry Rehman, a Pakistani senator and the country’s top climate official, said in a video posted on Twitter that Pakistan is experiencing a “serious climate catastrophe, one of the hardest in the decade”.

“We are at the moment at the ground zero of the front line of extreme weather events, in an unrelenting cascade of heatwaves, forest fires, flash floods, multiple glacial lake outbursts, flood events and now the monster monsoon of the decade is wreaking non-stop havoc throughout the country,” she said.

Khaista Rehman, 55, no relation to the climate minister, took shelter with his wife and three children on the side of the Islamabad-Peshawar highway after his home in Charsadda was submerged overnight.

“Thank God we are safe now on this road quite high from the flooded area,” he said. “Our crops are gone and our home is destroyed but I am grateful to Allah that we are alive and I will restart life with my sons.”

The government declared the devastating floods a “national emergency” and is seeking aid from friendly countries.

“We’re seeing complete devastation – hundreds of thousands of collapsed houses, more than a thousand people injured. It is clear that this is a massive humanitarian and climate emergency,” said Khuram Gondal, Save the Children’s country director.

Reporting from Charsadda district in northern Pakistan, Al Jazeera’s Kama Hyder said rescue efforts were further complicated by “ice-cold” water temperatures, with much of the floodwaters coming from mountainous areas.

“The water is gushing and inundating the villagers, and that of course poses a grave threat,” he said. “There’s extensive damage to property… People are taking shelter under plastic sheets on top of poles. They’ve been telling us that they’ve been getting help from the local population who are bringing them food and water. However, they say they’re in bad need of tents and tarpaulins.”

Prime Minister Shehbaz Sharif postponed an official trip to the United Kingdom as he appealed for funds from friendly countries and international institutions.

Sharif visited flooding victims in city of Jafferabad in Balochistan on Sunday. He vowed the government would provide housing to all those who lost their homes.

Sharif on Saturday delivered relief supplies to those affected in the flood-hit Sindh province. He was seen dropping relief packages from a helicopter to people below. Earlier on Saturday, the prime minister surveyed damage around the province and met with displaced people at a relief camp.

French President Emmanuel Macron tweeted his support for Pakistan. “France stands ready to provide help,” he said in this tweet.

The Qatar Red Crescent Society on Saturday announced the allocation of $100,000 for the flood victims.

Climate Minister Rehman told Turkish news outlet TRT World that by the time the rains recede, “we could well have one-fourth or one-third of Pakistan under water”.

“This is something that is a global crisis and of course we will need better planning and sustainable development on the ground… We’ll need to have climate resilient crops as well as structures,” she said.