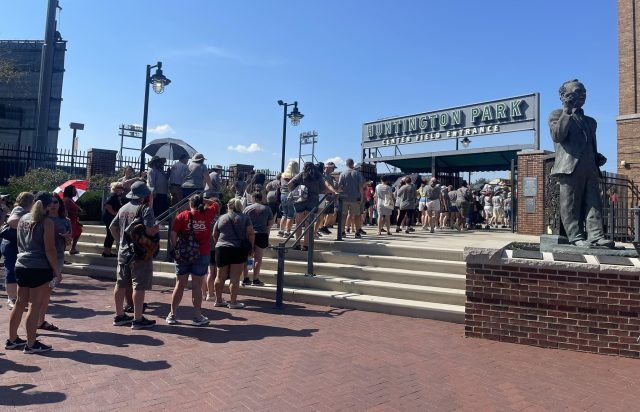 COLUMBUS, Ohio (WCMH) — The Columbus City Schools teachers’ union has voted to approve a new three-year contract, officially ending the first strike in the district since 1975.

Teachers, staff, and students will all return to in-person learning Monday after the Columbus Education Association (CEA) approved the contract with a vote Sunday evening.

“We are so excited to get back to where we belong — our classrooms — doing what we do best — educating our students and shaping the future of our great city,” said CEA spokesperson Regina Fuentes in a statement after Sunday’s vote.

It was one week ago when 94% of CEA members voted to strike, prompting the school year to start remotely for students Wednesday. On Sunday, 71% of that membership voted to accept the contract, 29% rejected it.

Details of some issues in the proposed contract were released during Sunday’s CEA meeting. Included in the agreement is a guarantee from the district that all buildings will be fully equipped with climate control by the 2025 school year.

The contract gives CEA members a 4% annual raise for the duration of the three-year deal. Reports state that the union was initially seeking an 8% annual raise.

In addition, class sizes were lowered by at least two students for every grade level. This is the first time CEA has been successful in negotiating this into a contract, according to a presentation at the meeting.

According to CEA, other agreements reached in the new contract include:

Also, all teachers will be paid a full paycheck for last week, meaning they will get full pay and healthcare benefits for the days of the strike.

The one item that the board did not budge on with healthcare benefits from the teachers no movements were taken to make changes for the members of CEA to those benefits.

“It is important to remember that just ten short days ago, at our last bargaining session before the strike, CEA was told ‘no’ on guaranteed air conditioning and heat in every building, ‘no’ on class size reductions in middle and high schools, and ‘no’ on improved access to art, music, and P.E. at the elementary level,” Fuentes said in the statement.

“This is a contract that keeps students at the center of all we do and supports our board’s educational mission for Columbus City Schools,” Adair said. “Together with CEA leadership, we have created an agreement that recognizes the critical role all CEA members play in achieving our mission.”

Adair’s comments following the union’s meeting can be seen in the player below.

Teachers walked the picket line for the first three days of last week before a marathon negotiating session between the board and the union resulted in a tentative deal early Thursday morning.

The union represents nearly 4,500 teachers, librarians, nurses, counselors, psychologists, and other professionals in Ohio’s largest school district. All members were eligible to vote on the contract.

On Monday, the school board is scheduled to meet at 8 a.m. to ratify the contract.