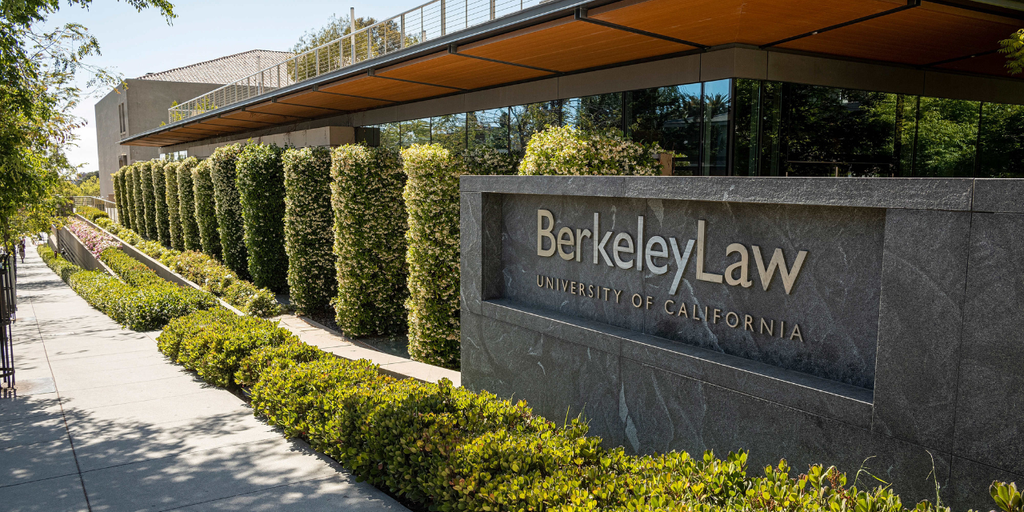 Student organizations at the University of California, Berkeley School of Law are facing backlash from their own dean after adopting a statement that pledges to not invite any Zionist or pro-Israel speaker to give lectures.

Law Students for Justice in Palestine at Berkeley Law made an Aug. 21 post on Instagram stating that nine other student organizations have adopted a “pro-Palestine bylaw” that states they “will not” invite speakers who support Zionism or “the apartheid state of Israel.”

“In the interest of protecting the safety and welfare of Palestinian students on campus, [insert organization name] will not invite speakers that have expressed and continued to hold views or host/sponsor/promote events in support of Zionism, the apartheid state of Israel, and the occupation of Palestine,” the bylaw states.

ISRAELI PM LAPID, UNABLE TO GET BIDEN ON PHONE, PUSHES FOR MEETING TO DISCUSS IRAN: REPORT

Signage for the Berkeley School of Law on the University of California, Berkeley campus in Berkeley, California, U.S., on Friday, June 4, 2021.
(David Paul Morris/Bloomberg via Getty Images)

Fox News Digital has reached out to all the organizations listed.

Berkeley Law Dean Erwin Chemerinsky emailed the leaders of all student organizations and blasted the bylaw, calling the statement “troubling” and said if “taken literally,” would mean that he couldn’t speak at these organizations over his support for “the existence of Israel.”

“It is troubling to broadly exclude a particular viewpoint from being expressed. Indeed, taken literally, this would mean that I could not be invited to speak because I support the existence of Israel, though I condemn many of its policies,” Chemerinsky said.

“Chancellor Carol Christ has also spoken about how the boycott, divest, and sanction movement ‘poses a direct and serious threat to the academic freedom of our students and faculty, as well as the unfettered exchange of ideas and perspectives on our campus, including debate and discourse regarding conflicts in the Middle East.,’” he added.

While stating that he supports the right of students to “take positions on this and all issues,” Chemerinsky said that groups need to be “sensitive to – and to listen to – all of our students.”

Roz Rothstein, co-founder and CEO of StandWithUs, an education organization that educates individuals about Israel and combats antisemitism, told Fox News Digital that these organizations should “rethink their end goals.”

“Misrepresenting Zionism is antisemitic and will never lead to peace. Half the world’s Jewish people are in Israel, the ancestral homeland of the Jewish people, and the other half likely have friends and/or relatives who live there. Denying Jews the right to self-determination creates a double standard against only one country in the world. Those who lead biased, anti-peace campaigns should rethink their end goals and be honest about their prejudice against the Jewish people and the only Jewish country in the world,” Rothstein said.

The Jewish Student Association at Berkeley Law said in a Medium post that it’s concerned that the statement will “disproportionately silence Jewish voices on campus.”

“This by-law alienates many Jewish students from certain groups on campus. In considering which organizations to join, students should not be forced to choose between identifying as either ‘pro-Palestine’ and thereby ‘anti-Israel,’ or ‘pro-Israel’ and thereby ‘anti-Palestine.’ This dichotomy distorts the complexity of this issue,” the group wrote. “Students can advocate for Palestinians and criticize Israeli policies without denying Israel the right to exist or attacking the identity of other students. To say otherwise is antithetical to the dialogue around which our educational community is built. We are troubled that this by-law creates an environment in which only one viewpoint is acceptable.”

Adam Sabes is a writer for Fox News Digital. Story tips can be sent to [email protected] and on Twitter @asabes10.

Republicans boo Pres. Biden as he calls for unity during State of the Union | ABCNL