Where in the world are the 3AC founders? Speculations abound

Aug 29, 2022 crypto news, Where in the world are the 3AC founders? Speculations abound

Where in the world are the 3AC founders? Speculations abound 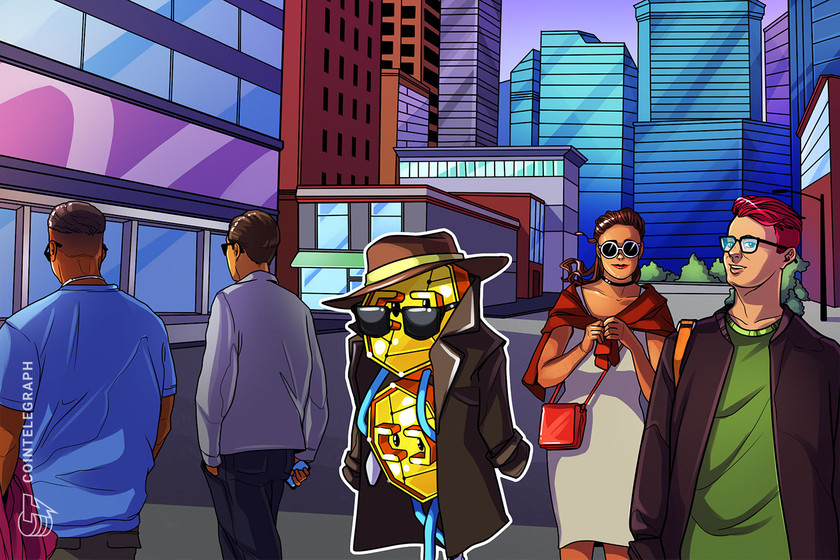 
The creators of Three Arrows Capital are missing, according to reports, when court-appointed liquidators visited the firm’s Singapore headquarters recently, all they discovered was a locked door and a stack of outdated mail.

Singapore-based 3AC is among the flagship cryptocurrency firms that have crumbled under bear pressure and faced liquidity issues driven by the market sell-off in recent weeks.

In June, a court in the British Virgin Islands, where 3AC had moved its registration, appointed advisory firm Teneo in June to liquidate 3AC assets.

Teneo senior managing directors Russell Crumpler and Christopher Farmer informed the court on July 8 that the whereabouts of Zhu Su and Kyle Davies, the co-founders of 3AC, were still unknown.

Most recently, a Singapore court approved Teneo’s petition order against 3AC issued in the British Virgin Islands. This recognition will give Teneo the legal ability to request access to 3AC’s financial records kept in Singapore

David Lesperance, a lawyer with over 30 years of experience as a taxation and citizenship adviser, told Cointelegraph that he believes the founders have availed themselves of a backup plan and gone underground. Pioneer founders in previously unregulated industries, such as gaming and crypto, need to maintain a power balance when regulators inevitably come calling.

He added that when negotiating to adjust business practices to the newly established standard, it is best to maintain parity in the relationship. This is best done at a distance, where it is difficult for the regulator to bully. According to Lesperance, this allows the company lawyers to negotiate with liquidators, courts and regulators on an even playing field.

Lesperance further explains that in the 1990s, former New York Attorney General Elliot Spitzer mastered the technique of nabbing CEOs and making them do the “perp” walk. Then, hours before the market’s opening bell, Spitzer would call up the board and offer them a plea bargain deal. Negotiating from a position of great weakness, the boards would capitulate and concede to charges that — per Lesperance — Spitzer really had no real chance of “winning at trial, solely to save the company share price.”

“During the time that online gaming and sports book sites were coming into their own, I had several founder clients who successfully stayed out of the clutches of overzealous American prosecutors while their corporate lawyers adjusted their businesses to new U.S. regulatory rules that had been pushed through by their brick-and-mortar Vegas competitors,” Lesperance said:

“These founders continued to legally live and operate in more friendly jurisdictions during this negotiation period. Their competitors, who fell into the hands of the U.S. authorities during this period, saw their businesses collapse and were subsequently bought up for pennies on the dollar by my clients.”

He added that now that the founders of 3AC have fled Singapore, investor suspicions have been strengthened that the firm was an illegitimate operation. To add to this point, 3AC once boasted that it had around $10 billion worth of assets under management, leaving some in the space to believe that the recent bankruptcy filing was a cover-up for the founders’ escape plan.

Lesperance says that the Three Arrows founders have provided a spreadsheet with details of the company’s assets to the liquidators, according to a post from Zhu’s verified Twitter account.

The 3AC co-founders will continue working to find details of other assets but are displeased with the behavior of the liquidators, according to the Tweet. The hedge fund’s liquidators traveled to Three Arrows’ office address in Singapore in late June in an attempt to track down the founders.

Recent: How blockchain technology is changing the way people invest

“It appeared dormant: The door was locked, computers were inactive and mail was stuffed under the door. As is appropriate in this strategy, the liquidators spoke with lawyers for Davies and Zhu via videoconference last week, according to court papers, but did not speak to the founders directly,” Lesperance stated. “It is worth noting that at this point, the liquidation is a civil matter and no criminal charges have been made against either founder.”

Rumor has it that they are heading to or already in Dubai, says Lesperance.

According to a Finance Magnates report, the 3AC founders had already planned to “move the business to Dubai.” Zhu also added that they “have to go there soon to assess whether we move there as originally planned or if the future holds something different for” them.

Can the co-founders hide in Dubai?

Dubai has recently become quite fashionable among crypto entrepreneurs, according to Lesperance. Changpeng Zhao, the founder of Binance, is one example. It is relatively “simple to obtain visas for commercial or private planes that allow you to enter Dubai,” he added.

However, it is not a reliable “hideout” if criminal charges are ever levied, says Lesperance. The Nigerian fraudster Hushpuppi found this out the hard way when he was arrested by Dubai police and flown directly to the United States.

If the rumors are true and the founders of 3AC have in fact fled to Dubai, they may be in for a rude awakening if criminal charges are ever brought against them, Lesperance added.

What else should they do besides relocating to Dubai?

“Both Kyle and Zhu are American citizens and passport holders. It is not known whether they obtained another citizenship, such as Singaporean. Therefore, if they are only traveling on U.S. passports, they are at significant risk,” the lawyer stated.

This is because “their passport” is not really theirs. Rather, it is the property of the United States, says Lesperance, “that allows them to use that passport right up to the moment that they no longer allow them to use it.” In short, if their U.S. passports were canceled while they were in another country such as the UAE, Singapore or elsewhere, then they would be effectively trapped in that country, the lawyer added.

This is because, he says, they would not have a travel document that would allow them to enter a third country. In addition, life without a valid passport is not easy. For example, it may prevent them from making a residence application or opening up banking facilities.

“If they are smart, they will lawyer up and try to fight any charges in the United States. If they are found guilty, maybe they can negotiate a deal that includes some form of house arrest or other alternatives to prison. But, if they are convicted and sent to prison, it is very likely that they will never see the light of day again,” Lesperance says.

Can they apply for citizenship by investment?

It is possible for both Zhu and Davies to apply for citizenship by investment (CBI) in a number of countries, including Dominica, St. Lucia, Antigua & Barbuda, Grenada, St. Kitts & Nevis and Vanuatu, per the lawyer.

Under most CBI programs, the applicant must make a significant financial investment in the country, usually in the form of a real estate purchase or a government bond. In return, they are granted citizenship and a passport, which allows them to live and work in the country and travel visa-free to many other countries.

While CBI programs may offer a way for Zhu and Davies to obtain second citizenship and a second passport, it is important to note that they would still be subject to extradition to the U.S. if criminal charges are ever brought against them.

Lesperance adds that, contrary to popular belief, countries that have citizenship by investment programs have screening and due diligence procedures. Therefore, given the publicity surrounding these gentlemen and the possibility of criminal charges in the future, there is no currently operating citizenship by investment program which would consider granting them a passport, he said.

The other thing to remember is that such citizenship is not granted overnight. Rather, they take three to four months and require a valid existing passport to successfully process, Lesperance says. If the U.S. were to cancel their passports in the near future, “they would be trapped.”

In short, Kyle and Zhu’s fiscal house is being scorched by a liquidation. Therefore, the time to seek “fire insurance for a second passport is long past.” If there are any future potential criminal “arson” (i.e., fraud) charges, they will have to face the music. But, without a second passport, they will be doing so from a prison cell, the lawyer told Cointelegraph.

Recent: How to tell if a cryptocurrency project is a Ponzi scheme

3AC, on the other hand, was formerly one of crypto’s largest and best-known funds, managing roughly $10 billion. However, poor investment in Terra prompted investors to demand their money back, ultimately compelling 3AC to seek Chapter 15 bankruptcy protection and causing its founders to flee a swarm of creditors and regulators.

The crypto hedge fund owes $3.5 billion to 27 different companies, including $2.3 billion to digital currency lender Genesis Global Trading, according to a court filing in the firm’s bankruptcy made public last month.

Although 3AC’s story is a cautionary tale, it does not necessarily spell doom for the crypto industry as a whole. Rather, it is a reminder that even the most well-funded and experienced investors can make mistakes, and that even in the digital age, due diligence and risk management are essential.