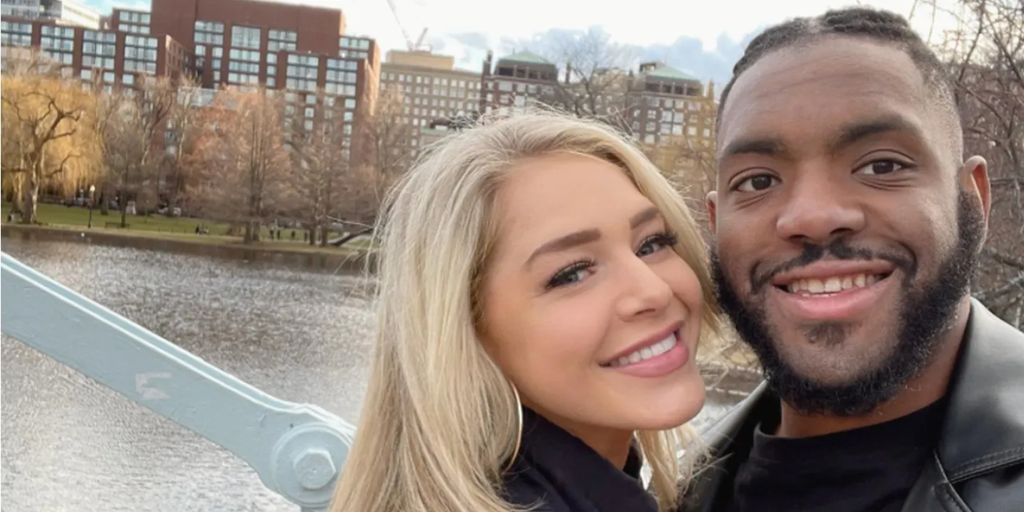 In a video newly released by the Florida State Attorney’s Office, Only Fans star Courtney Clenney assualts Christian Obumseli in an elevator a few months before his death

The OnlyFans model accused of fatally stabbing her boyfriend with a kitchen knife in their luxury Miami high-rise apartment was denied bond after she was returned to Florida, court records show.

Courtney Clenney, 26, appeared in a Miami courtroom on Saturday morning on a second-degree murder charge for the alleged slaying of 27-year-old Christian Obumseli on April 3.

Her attorney, Frank Prieto, argued that there wasn’t enough evidence to back a murder charge, and she deserves to be released on bail pending trial, according to WPLG.

“At best it’s manslaughter,” he told Judge Jacqueline Woodward, who denied the request and sent Clenney back to Miami-Dade jail to await her next court date.

Courtney Clenney, 26, appears in a booking photo after she was extradited to Florida, where she’s being held at the Miami-Dade County jail on a murder charge for the stabbing death of Christian Obumseli.
(Miami-Dade Police Department)

“Miss Clenney, your attorneys are here, and they’re fighting hard for you, but at this time, I’m not really the judge who should be making these decisions,” Woodward said. “It should be a judge who knows a little bit more about your case.”

Clenney, who goes by Courtney Tailor online and boasts more than 2 million Instagram followers, wasn’t arrested until Aug. 10 in Hawaii, where her attorney said she was seeking treatment for PTSD and substance abuse.

Prieto has argued that his client acted in self-defense after Obumseli attacked her – but prosecutors say the forensic evidence contradicts her claim.

Clenney allegedly told police that she tossed a kitchen knife at her cryptocurrency-trader boyfriend from a distance of 10 feet, but the medical examiner determined that she was directly in front of him when she plunged the blade into his chest, according to prosecutors.

Prosecutors say that Courtney Clenney fatally stabbed Christian Obumseli (right) in the chest during an argument April 3, 2022, in their Miami high-rise apartment.
(Instagram/@christianvstoby)

After the killing, a video of Clenney soaked in blood and wearing a black bra and handcuffs on the couple’s balcony went viral.

In announcing Clenney’s arrest, Miami-Dade State Attorney Kathie Fernandez Rundle said the couple had a tumultuous two-year romance and released surveillance video of the social media star repeatedly hitting Obumseli in the elevator of their building.

Prosecutors called her the clear “aggressor” in their relationship. The victim’s brother, Jeff Obumseli, criticized the delayed arrest and said Clenney was treated differently because she is a wealthy White woman.

Rebecca Rosenberg is a veteran journalist and book author with a focus on crime and criminal justice. Email tips to [email protected] and @ReRosenberg.